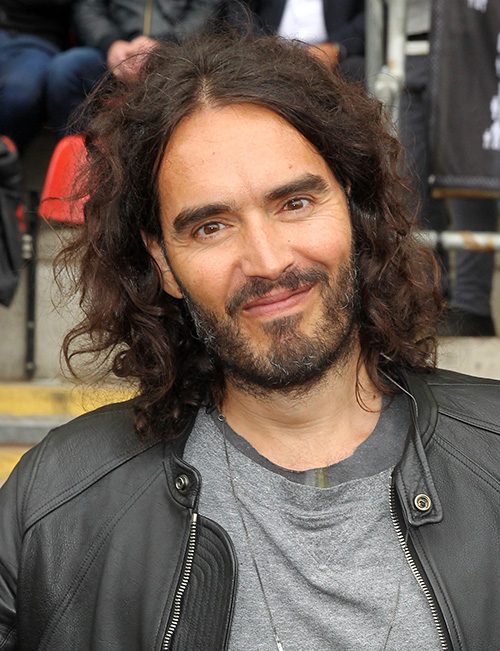 Russell Brand and Katy Perry’s divorce in 2012 was just as eventful as their marriage, and now we can watch their entire break-up unravel on Russell Brand’s new documentary, “Brand: A Second Coming.” The film, by Ondi Timoner, reportedly features footage that was shot back in 2012 when Russell and Katy Perry were still married – and it is less than flattering video of the pop singer.

This week’s edition of In Touch Magazine reveals that Katy Perry is not happy about her ex-husband’s new documentary. An insider dished to the tabloid, “She comes across as a childish, selfish and brainless sex kitten for Russell’s pleasure. She even utters a crude line about her private parts.” Then again, Russell’s documentary could be just payback to his ex-wife, after all Katy Perry did include some pretty intense clips of him in her 2012 documentary film while they were in the midst of their breakup and divorce.

Regardless, both Katy and Russell could take legal action against each other to have the footage removed from their films – but neither have done so. Either the films don’t bother them half as much as the media has built them up to, or the former married couple enjoys playing an immature game of tit for tat with each other. At the end of the day, it’s pure entertainment for us – who doesn’t mind watching a bit of post-marital slander?

Do you think that Russell is intentionally making Katy look bad? Is “Brand: A Second Coming” an intentional jab at Katy Perry? If Russell and Katy are so offended by the documentaries, why haven’t they taken legal action against each other to have the footage of them removed? Let us know what you think in the comments below!