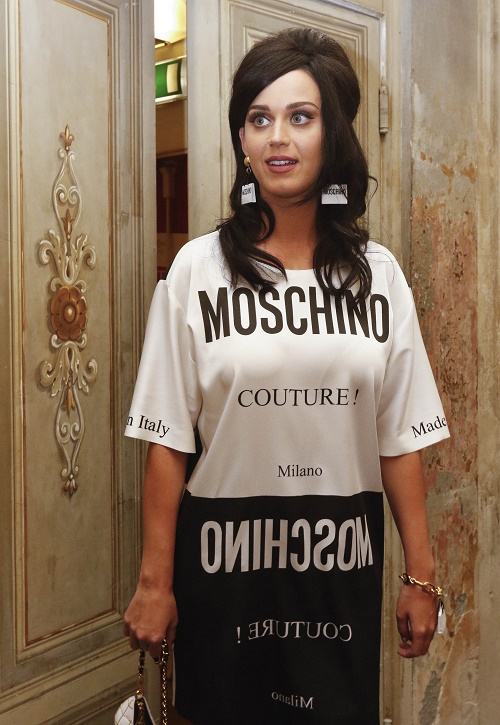 Katy Perry and John Mayer are back on, or more than likely never broke up to begin with. Is her former friend turned nemesis Taylor Swift leaking stories to the press about her relationship now? Last week, every major media outlet reported that Katy Perry and John Mayer had split (for the umpteenth time), because Katy was basically tired of raising a man-baby and wanted to settle down and have real babies of her own.

But, less than a week later, Katy and John were spotted vacationing at Yellowstone National Park and were clearly not broken up. As a matter of fact, witnesses say they appeared to be head-over-heels in love and not like they had just weathered a major fight. So, either Katy and John have broken up so many times that they are pros at getting back together. Or, the more likely explanation – they never broke up to begin with and their relationship is not in trouble.

General consensus on the internet is that someone leaked the false break-up story to the press, and Katy’s fans seem to all be pointing their fingers at Tylor Swift and her camp. The feud between Katy Perry and Taylor Swift has been escalating over the course of the last few months, and no one would be shocked if Taylor took to mud-slinging. Not only have multiple reports surfaced that Taylor is actually quite the “mean girl” behind closed doors, but she also was not a happy camper when she heard that her nemesis Katy Perry was planning on settling down and getting married – before she did.

What do you guys think? Did John Mayer and Katy Perry ever really break up? Or is Taylor Swift and her camp leaking false stories to the press about the singer? Let us know what you think in the comment section below!