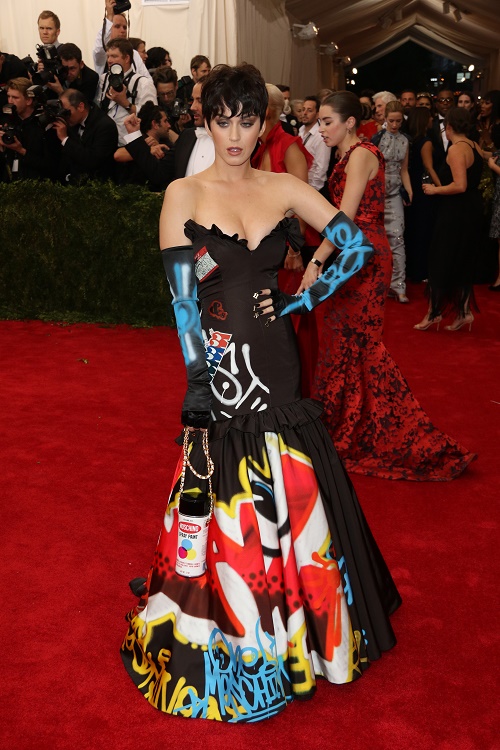 Taylor Swift’s feud with Katy Perry just got real! Katy Perry has reportedly registered a title for a new song as “1984,” which we can all agree bears an uncanny resemblance to Taylor’s wildly popular album 1989. It can’t be a coincidence that Katy Perry registered the new song with a music publisher and copyright website just a few days after Taylor’s “Bad Blood” music video debuted at the Billboard Music Awards – where she mocked Katy Perry.

Taylor Swift’s “Bad Blood” music video nearly broke the internet after it made its debut at the Billboard Awards and featured over a dozen guest celebrities, but it was Selena Gomez’s portrayal of the character Arsen that really caught our eye. In the music video, Arsyn was Taylor Swift’s mortal enemy, and Selena Gomez wore a black wig identical to the hair cut Katy Perry has been rocking. Coincidence? We think not. So, after being poked fun at in “Bad Blood,” Katy Perry decided to not take the high road and fire back at Taylor by naming her new song “1984,” the year she was born. We haven’t heard much about “1984” yet, but we’re pretty sure there will be some passive aggressive jabs at Katy’s enemy Taylor.

What exactly started Katy Perry and Taylor Swift’s never-ending feud? Back in 2014 Katy reportedly stole Taylor’s back-up dancers and hired them to go on tour with her, leaving Taylor short-staffed and furious. Taylor ranted in an interview with Rolling Stones Magazine, “She basically tried to sabotage an entire arena tour. She tried to hire a bunch of people out from under me.” Apparently, in the pop music world, stealing someone else’s back-up dancers is fighting words!

Do you think that Katy Perry’s new song “1984” will be about her feud with Taylor Swift? Do you think the singers are just being petty at this point, or is their behavior warranted? Let us know what you think in the comments below!