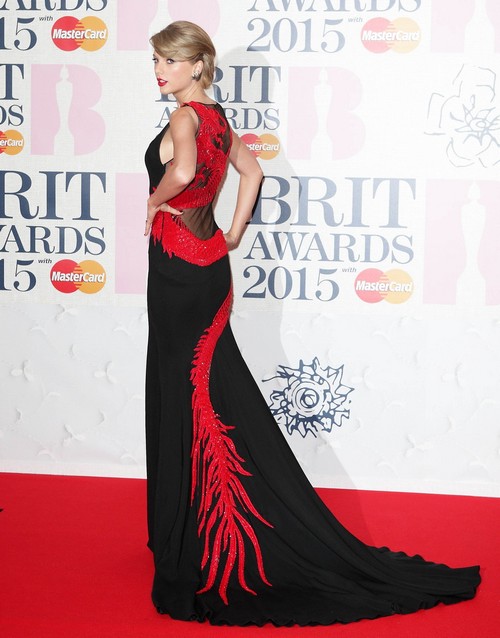 Taylor Swift and Katy Perry’s ugly Twitter feud is still going strong as we can tell from Taylor’s latest interview. Taylor Swift recently gave an extremely long and detailed interview to the Telegraph, and even though she talked about literally EVERYTHING under the sun, there was one topic that was completely off-limits: Katy Perry.

By now, Taylor Swift’s feud with Katy Perry has become a well-known fact in the media world. Everyone knows that it all started because Katy ‘stole’ Taylor’s back-up dancers from her during their simultaneous tours, and they’ve both shot passive aggressive barbs against each other using social media. But one thing that Taylor has never done has been to mention Katy by name, even though everybody already knows about their feud.

In fact, even during the Telegraph interview, Taylor refused to discuss Katy at all. She simply states, “I’m not giving them anything to write about. I’m not walking up the street with boys, I’m not stumbling out of clubs drunk. But I’m never going to talk about her in my interview. It’s not going to happen.”

Well, the way she says it more or less tell us everything we need to know about the situation, no? She could have said something about how she doesn’t feel comfortable talking about other people, or anything else along those lines. Instead, she very definitively stated that she’s ‘never’ going to talk about Katy Perry in her interview. It’s as though Katy has taken up enough of her time, and she’s not willing to give her the satisfaction of anything more.

In other words, Taylor Swift’s feud with Katy Perry is going as strong as ever, even if both of them refuse to publicly acknowledge or confirm it.

What do you guys think about Taylor’s ongoing feud with Katy? Do you think either of them will ever forgive each other and move on, or will this become one of those classic showbiz feuds that never ends?  Let us know your thoughts in the comments below.