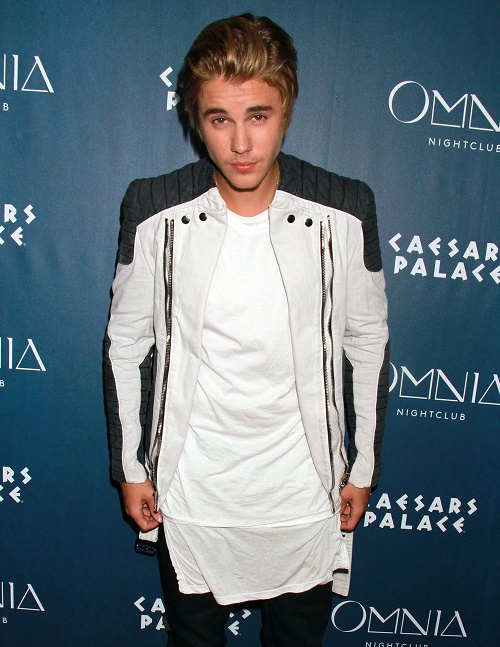 Selena Gomez and Justin Bieber are back to their old tricks, which largely consists of them dissing each other in whatever ways possible. Justin is serial dating Instagram models again and Selena is giving passive aggressive interviews and back-handedly dissing Biebs. During Paris Fashion Week it looked like Jelena was back on: Selena ditched her current boyfriend, Zedd, and she and Biebs were talking about getting back together after she reached out to him on his birthday. But then they filmed Justin’s comedy central roast and Selena was livid at the mockery made of their three year long relationship – and the fact that Biebs didn’t defend her honor.

After a major Jelena blow up, Selena Gomez reunited with her “I Want You To Know” music video co-star and boyfriend, and Justin began playing the field again (like he ever stopped). Justin Bieber has a new girlfriend now, model Ashley Moore. Biebs and Ashley attended a LA Clippers game and sat courtside canoodling – making sure the cameras caught their PDA filled lovefest. Any time Justin takes a girl out in public and showers her with affection, it’s clear he is sending a message to Selena. Ashley Moore didn’t seem to mind being used to slam Selena though, and she soaked up all the attention she could get.

After Justin debuted his latest girlfriend at the LA Clippers game, Selena fired back in a Radio Disney interview. When asked about her “dream guy,” Selena gushed about only dating “faithful and “loyal” guys. And Justin obviously doesn’t fit that criteria. Slamming Justin’s bad boyfriend skills was just the beginning though, SelGo went on to gush about how amazing Zedd was and even said that he had pretty eyes. Shots fired!

We would say Justin Bieber and Selena Gomez are never getting back together – but a couple of passive aggressive interviews and Instagram models never seemed to stop them before. Do you think that Justin and his flavor of the week, Ashley Moore, will last? Is gushing about Zedd in interviews really making Biebs jealous, or is he over it? Let us know what you think in the comments below!