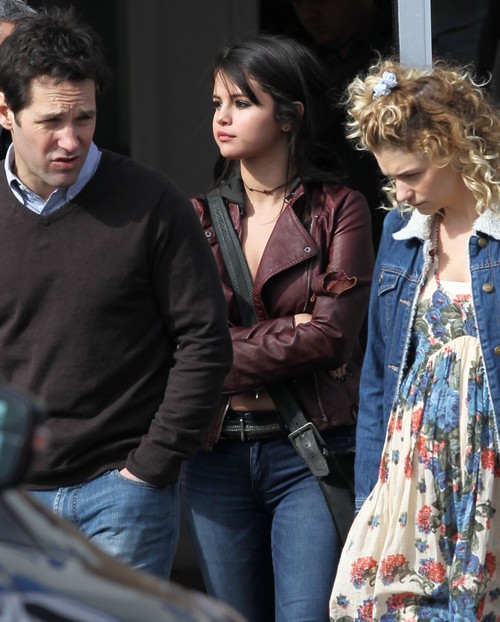 Is Zedd getting jealous over Selena Gomez already – and we don’t mean about ex-boyfriend Justin Bieber either! Selena Gomez has been at the center of attention lately with her new music, videos, ex Justin Bieber trying to win her back, and her blossoming movie career—but her new boyfriend Zedd isn’t happy about his girlfriend’s newfound popularity.

DJ/Producer Zedd loves to see his girlfriend Selena Gomez happy but he is getting very worried that because of how vulnerable she is, she’ll leave him to reunite with ex Justin Bieber, or she’ll meet someone on the set of a movie she is filming. Selena was giddy over getting another movie role—this time opposite James Franco, but couldn’t understand why her boyfriend Zedd was not as excited as she was. Selena lives in her own world, and is not used to thinking of anybody else but herself, so she can’t understand why Zedd would be upset by the fact that she’ll be gone months at a time filming with hot male actors if she pursues a movie career. Her friends often visit her on set no matter what town she is filming in because she hates to be alone. She flies them out to be with her. Recently, Zedd followed her to Atlanta where she is currently filming the movie Fundamentals of Caregiving with Paul Rudd.

Zedd is very worried about her upcoming flick with James Franco, however, as Franco personally selected Selena, his costar from Spring Breakers, for the role in the film he is directing. Not only is she filming with a single James Franco, she’ll likely be gone for long blocks of time—and that can be a recipe for disaster. Zedd has his own successful career as a DJ/Producer, so he cannot just follow Selena around as she gets new movie roles. He loved the fact he and Selena were able to work together on new music as that brought them closer, but he is now worried about what the distance between them will do to their fragile relationship. Selena doesn’t have any plans on slowing down, however, and feels she is gaining confidence and respect from others with each movie role she gets.

She actually prefers acting to singing and has made it clear to Zedd that she is hoping to continue acting. Zedd is worried about getting too close and falling deeper for Selena Gomez – only to lose her to Justin Bieber, a costar, or for becoming a big-time actress, and isn’t sure if he should put any more into the relationship until he knows where he stands with her.

What do you think CDLers? Can this relationship survive all the factors pulling them apart? Tell us below.