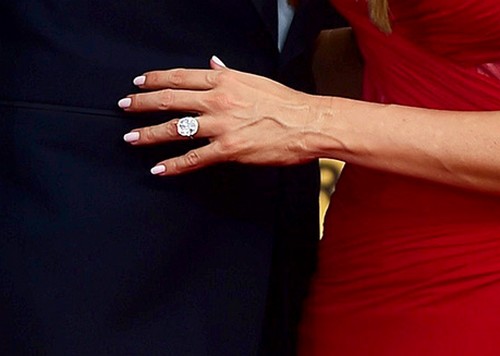 Sofia Vegara and Joe Manganiello are engaged, and Sofia can’t help but show that off to the whole world. In fact, Sofia decided to show off her engagement ring by flashing it [and blinding every passerby] on the SAG Awards red carpet, where Sofia and the cast of Modern Family are staples.

In fact, Sofia not only flashed her engagement ring in photos, but she also brought along her favorite accessory, her fiance Joe Manganiello. This SAG Awards appearance is the first red carpet appearance that Sofia has made since her engagement was confirmed, especially with Joe by her side. It was confirmed earlier last month that Sofia and Joe had decided to get engaged after only a few months of dating, but the two are supposedly head over heels in love with each other.

Now, Sofia Vergara was previously engaged to Nick Loeb, and we all know how badly that turned out, right? The two reportedly ended things on very discontented terms, and that’s not even considering all the back talking that Nick did about her post-break up.

Either way, Sofia and Joe seem very happy together, not even considering the shiny rock that Sofia is sporting on her ring finger. Sofia also wore a matching red gown and red lipstick, and Joe wore a spiffy suit and tie. Sofia also showed off the wedding ring in E!’s mani cam, calling it her ‘love hand’. She also spoke about her engagement, saying, “[I’m] very happy. Very happy, very excited. I cannot believe it.”

What do you guys think about Sofia Vergara’s engagement ring? And of her engagement to Joe Manganiello? Do you think that she and Joe will last, or will they break off their engagement over the next few months? Let us know your thoughts in the comments below. 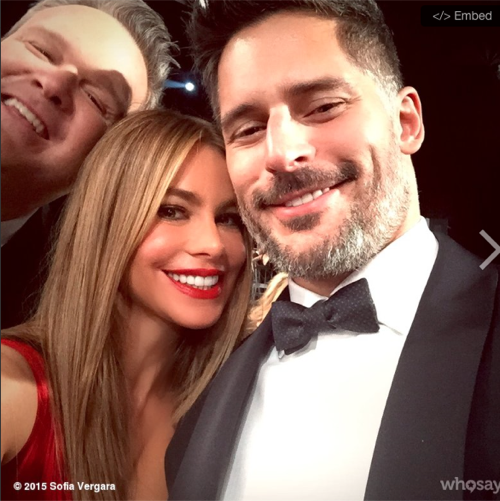