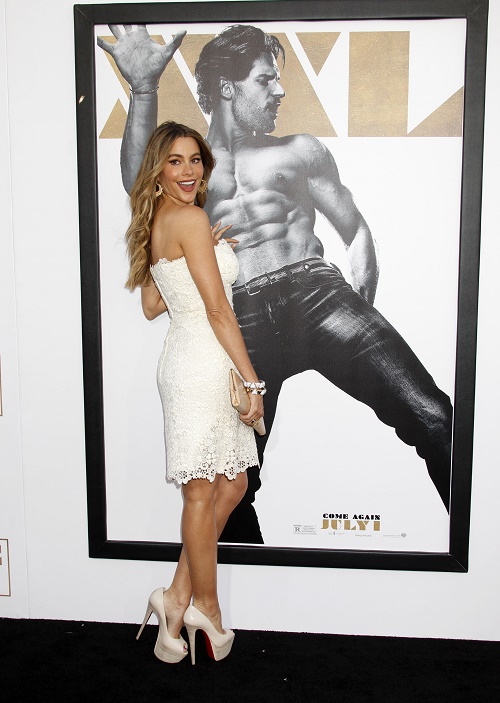 Sofia Vergara and Joe Manganiello seem like the perfect couple. They recently announced their engagement and confirmed that they were planning a wedding. But, behind closed doors, the couple has been fighting like cats and dogs, and the truth of the matter is that they are more likely to break up than they are likely to get married. According to a new report, a breakup could be in the cards for one of Hollywood’s happiest couples – because Sofia doesn’t want to get pregnant and start a family!

The July 13 edition of Star Magazine reveals that Sofia’s fiancé Joe Manganiello desperately wants a baby – but Sofia is not interested. An insider dished to Star Magazine, “Joe wants kids with Sofia – and in the near future. I know that he would be a great father, but Sofia isn’t thrilled about the idea of having kids. She is stuck in a hard place, she wants to make Joe happy and give him a child – but Sofia is nervous about having a newborn on her hands especially at her age.”

Sofia Vergara is 42 years old. It’s not unheard of; it’s actually pretty common nowadays for women her age to have babies. Bu who wants to be raising kids when they are 50 years old? At this rate, Sofia and Joe need to make a decision, and quickly, because time is running out. If they wait too long to get pregnant, then Sofia is going to be raising kids when she is 60 years old!

Sofia Vergara already has a 22-year-old son, so it’s no surprise that she doesn’t feel the need to have another child – Joe on the other hand wants to be a father. Do you think that Sofia is being selfish? Or does she have a valid point about her age? Could they wind up breaking up over the baby debacle? Let us know what you think in the comments below!