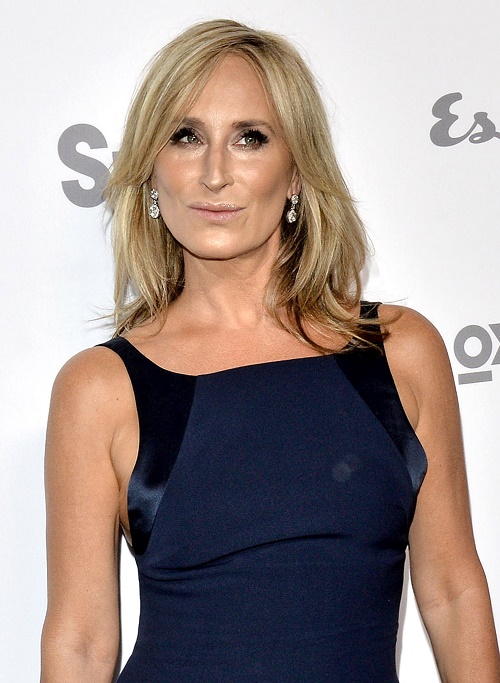 Real Housewives of New York star Sonja Morgan has a new man in her life – plastic surgeon and Botched star Paul Nassif! The reality TV stars were recently spotted canoodling while out on the town in New York. We all know Sonja Morgan is a huge fan of plastic surgery, but according to a new report. Paul and Sonja did not look like they were in a doctor-patient relationship.

The June 1 edition of Star Magazine reveals, “Botched doc Paul Nassif was spotted putting the moves on Real Housewife of New York Sonja Morgan during her girls night with costars Ramona Singer and Luann de Lesseps at NYC hot spot No.8.” This actually isn’t Paul Nassif’s first housewife. He was also linked to Real Housewives of Beverly Hills star Adrienne Maloof. It’s safe to say that Paul Nassif is an avid Bravo fan – and Real Housewives are his guilty pleasure.

So, are Sonja Morgan and Paul Nassif officially dating? Well, not yet – but if Paul has his way they will be in no time. An insider at the club in NYC snitched to Star Magazine, “Sonja and Paul were all over each other all night long. She basically ditched LuAnn and Ramona to get hot and heavy with him!” The source goes on to say that Paul and Sonja were “groping each other in the VIP section.” Gross! Does anyone else have the sneaking suspicion that these housewives could be trying to flirt up some free Botox? Seriously, is Paul Nassif using his plastic surgery office to reel in women?

On the bright side, if Paul keeps it up we could get to experience a crossover of two of our favorite guilty pleasures: Real Housewives and Botched. Do you think that Paul and Sonja are the real deal? Would they make a cute couple? Let us know what you think in the comments below!