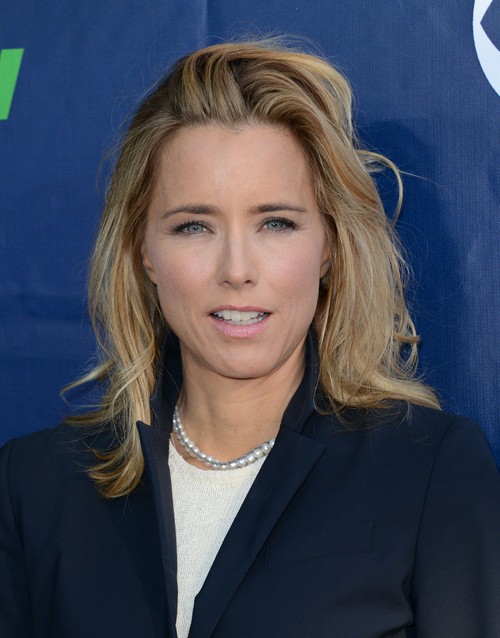 Tea Leoni and David Duchovny claim to have an amicable divorce, but from what our sources are saying, things are actually anything but amicable between the two. Tea actually covers the latest issue of More Magazine and spoke in-depth about her divorce, explaining that she was ‘divorced and liking it’. Um… passive-aggressive much? Of course we think that Tea is jealous of David’s long relationship with Gillian Anderson.

Tea Leoni also claims that she and David speak almost daily, and share a rental house with their children over the holidays. But our sources are saying that David Duchovny actually had to hire someone to run interference with Tea because he didn’t want to talk to her, and Tea’s whole spiel about spending vacation together is all fluff. Apparently, Tea actually crashed David’s vacations several times, all of which have led to agreements that have made their situation even more fraught with complications.

Now, there were recent rumors that Tea was dating Tim Daly, her Madam Secretary co-star. But when asked about it, Tea plays coy and simply says, “I will never speak again about my personal relationships, especially after what it did to my kids.” This is standard pseudo-celebrity nonsense for avoiding personal questions, but if she’s comfortable talking about her divorce from David Duchovny, what’s the difference about talking about her current romantic life? Let’s be real – talking about the divorce is going to affect her kids much more than discussing her dating life, especially since I doubt Tim Daly has anything much to do with Tea’s separate family life. Plus, the Tim Daly dating rumors could have been a transparent ploy to make David jealous, no?

And in addition to all that, we’ve heard many times in the past year that David Duchovny has been spending most of his vacations with Gillian Anderson post-Tea Leoni divorce ( and pre…). If that’s the case, how are David, Tea, and Gillian all going to Montauk together with their respective children in tow? Either our witnesses have been wrong, or Tea and David aren’t on great terms – which means Tea was lying….