‘The Bold and the Beautiful’ Spoilers: Could Rick or Brooke Be Faking Sales and Profit Numbers at Forrester Creations? 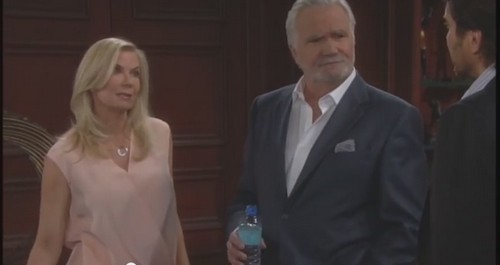 “The Bold and the Beautiful” spoilers for Thursday, April 30, tease that Ridge (Thorsten Kaye) will become fed up with Rick’s (Jacob Young) attitude. B&B viewers know that Rick has been rubbing his position as CEO in Ridge’s face. Rick is deliberately being picky about Ridge’s designs and it’s getting on his last nerve. Ridge will try to convince Eric (John McCook) that Rick isn’t the right man to run Forrester Creations. If Rick isn’t forced to step down, Ridge will announce his resignation. However, Eric will likely say that Rick’s quarterly sales speak for themselves. After all, the numbers don’t lie—or do they? “The Bold and the Beautiful” rumors hint that a big scandal may rock the company and this one has nothing to do with Maya (Karla Mosley). It’s possible that Rick has a secret of his own and it could send his empire crumbling down.

Word has it that Rick may be cooking the books at Forrester Creations. Rick has been singing his own praises about the company’s success, but it could all be built on lies. It makes sense that FC’s sales would actually be tanking. Rick’s strategy is basically to do whatever he wants on any given day. It’s odd that Forrester Creations is suddenly improving when Rick is making impulsive and irrational decisions every chance he gets. If something seems too good to be true, it probably is. 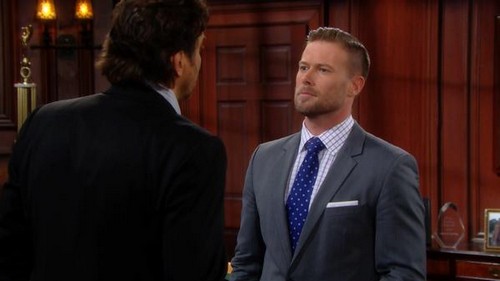 Even if Rick isn’t responsible for fixing the numbers, there’s someone else who might benefit from Rick’s success at the helm. Rumors have been swirling that Brooke (Katherine Kelly Lang) could’ve done a little book cooking to make sure her son stays in power. “The Bold and the Beautiful” spoilers reveal that Brooke will defend Rick’s actions in a meeting with Eric and Ridge. It sounds like Brooke is starting to take a particular interest in keeping Rick in control. We all know how Brooke can get once she has an idea in her head. Just look at what Brooke did in an attempt to stop Deacon’s (Sean Kanan) wedding to Quinn (Rena Sofer). Of course, Brooke’s efforts ultimately failed. If Brooke is involved in a number fix, it isn’t going to end well. Stick with the CBS soap to see if Rick’s surprising profits will turn out to be devastating losses.

So B&B fans, what do you think about the news that Ridge will urge Eric to oust Rick? Do you think Rick or Brooke could be a book cooker? If Eric gets updates on phony sales numbers, will Rick’s reign finally end? Let us know what you think in the comments below and don’t forget to check CDL tomorrow for the latest “Bold and the Beautiful” spoilers, rumors, updates and news.

Please enjoy The Bold and the Beautiful promo preview video for April 30, 2015.