The Bold and the Beautiful Spoilers: Ivy Shocked by Steffy and Liam – Caroline Wants Rick Back – Carter and Ridge Seek Loophole 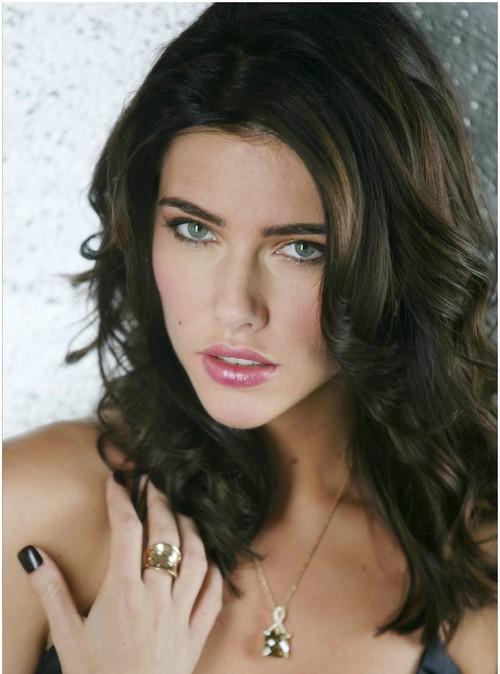 The Bold and the Beautiful spoilers for January 5-9 tease a week of intense drama at Forrester Creations, the news of Eric signing the company over to his son Rick Forrester creates shockwaves on the CBS soap. According to Bold and the Beautiful spoilers, after Rick has full control of the company, he reveals to his wife Caroline that their marriage is over and Maya is the number one woman in his life. Despite everything that Rick has done, B&B fans will be shocked to learn that Caroline refuses to give up on their marriage and still wants to work things out with her husband, or soon-to-be ex-husband.

According to Bold and the Beautiful news, Caroline is not the only one having a tough time coming to terms with Rick and Maya’s scheme to take over the company together. Rick’s older brother, Ridge, is livid. Spoilers tease that during the week of January 5 Carter and Ridge desperately try to and find a loophole in the paperwork that Eric signed giving Rick full control of Forrester Creations. The dynamic duo is shocked after Rick and Maya’s relationship is exposed and Eric continues to support his conniving son and refuses to heed Ridge’s warnings.

In other Bold and the Beautiful news, fans can expect a major speed bump in Ivy Forrester and Liam Spencer’s relationship during the week of January 5. B&B spoilers tease that Ivy is thrown for a loop when she finds a photograph of Liam and one of his ex-girlfriends. The CBS soap’s coming and goings confirmed weeks ago that Jacqueline MacInnes Wood was returning, so we’re going to go out on a limb here and assume the photograph is of Steffy Forrester.

So, B&B fans, are you as shocked as we are that Caroline actually still wants to work things out with Rick? Do you think she will be able to win back her husband from Maya? Will Carter and Ridge be able to save Forrester Creations? Why does Liam have a picture of Steffy, do you think he still has feelings for her? Let us know what you think in the comments below and don’t forget to check CDL tomorrow for more Bold and the Beautiful spoilers and news.

Fans a Soap Opera Spy Facebook page are pretty worked up about this coming week’s storylines:

She’s the one that can knock Rick off his high horse for sure.

How is it that Liam hasn’t told Ivy about Steffy? He married her twice and they lost a child? This show really needs to be an hour!!

So according to the spoilers, Carter and Ridge do find a loophole. So let’s hope this CEO position now becomes fair game and a fight to the finish. Brother against brother!

Steffy may be on the way but so is Brooke. Is she going to stand behind her baby boy and add to Forrester’s problems?? What about Bill? Caroline is family so will this be the true end of him and Brooke?? It will be interesting to see how this mess plays out!!!

Caroline is super stupid. I hope Ridge can do something…come back Steffy…Liam and Ivy are so dull

Hate Maya! Rick wise up, Ridge Is TOO OLD for Caroline, Steffy, come straighten this family out!

Rick is messed up

Ivy should have said something to Eric….But, what Rick relayed today, was almost an admittance of “having adultery” with Maya and since Caroline is still his wife, and I don’t remember her signing any pre-nup, she can do one of two things, either stay married to him and not sign any divorce papers to spite Maya (so she can’t marry the snake!!!) or divorce him, and get half his wealth, and that means ANY AND ALL ASSETS he has in Forrester Creations!!! Caroline needs to get tough and make Rick suffer!!!!