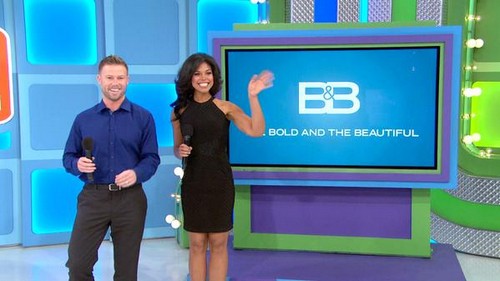 “The Bold and the Beautiful” spoilers tease that the B&B cast is currently shaking in their boots after reports that all four major soap operas will be downsizing their casts, and cutting some of our favorite characters from the CBS soap. The Television Actors Union recently came to a conclusion after months of negotiations and announces that all soap actors must receive a 7.2% raise in wages. So, why are cast members concerned they will be axed? Well, the four remaining daytime dramas have limited funds set aside to pay their cast members.

So, rumor has it that TPTB at “Bold and the Beautiful” are going to have to eliminate some characters and their wages, so they can afford to pay the more central characters. B&B easily has the smallest cast of all four of the remaining daytime soap operas, so the odds of them cutting a slew of characters are slim. We put together a list of rumored characters that may be exiting “Bold and the Beautiful” or taking lengthy hiatuses off screen in upcoming months.

Carter Walton – We love Lawrence Saint-Victor as Carter Walton, and he may easily be one of the hottest guys on daytime, unfortunately he doesn’t get much time in the spotlight. If anyone is getting cut from “Bold and the Beautiful” when they downsize their cast – it will probably Carter just because he rally has no storyline of his own. However, rumors have been floating around that he may be paired up with his ex-fiance’s little sister Nicole Avant – which would secure him a spot on the cast.

Oliver Jones – Oliver Jones has been a recurring character on “Bold and the Beautiful” since 2010, although he used to be a central character, he seems to have been put on the backburner since he hooked up with Aly Forrester in 2014. We hardly ever see Oliver anymore anyways, so if the B&B writers were to send him away on a lengthy assignment in Europe – most B&B fans wouldn’t even blink twice.

Pamela Douglas – Pam seems to keep everyone in check on “Bold and the Beautiful” and always adds her two cents to some of our favorite storylines. As much as we love Pam, we have a sneaking suspicion that we could be seeing less and less of her, because she really isn’t an integral part of any current storylines. The same can be said for her confidante and Forrester Creations’ security guard Charlie Webber.