The Bold and the Beautiful Spoilers: Winsor Harmon on Chopping Block – Is Thorne Leaving B&B After Aly Death Debacle? 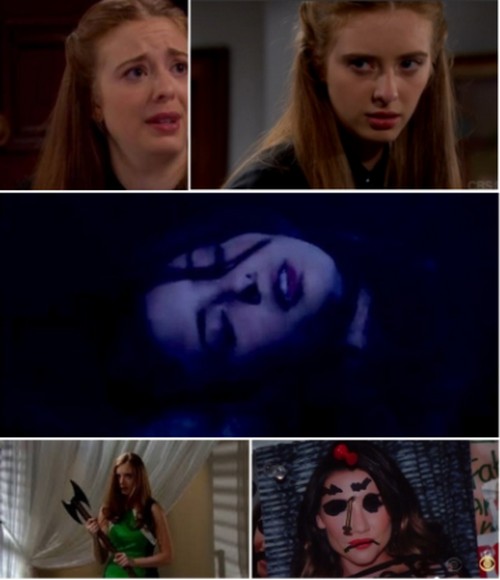 The Bold and the Beautiful spoilers questions whether Winsor Harmon will be the next to leave B&B after Aly’s death debacle? So where does Thorne Forrester (Winsor Harmon) go from here? Thorne is the biological first born son to Stephanie (Susan Flannery) and Eric Forrester (John McCooke) yet has been sent away to run Forrester International. When Thorne finally came back to L.A. he found his one and only daughter killed – and how she died is still a major argument in social media, the numbers are split on whether Aly (Ashlyn Pearce) was murdered by Steffy Forrester (Jacqueline MacInnes Wood) with a crow bar to the head or she accidentally fell and hit her head on a rock after backing up away from Steffy.

There are many things about this storyline that has Bold and Beautiful fans in a social media uproar the fact that Aly’s cousin Ivy (Ashleigh Brewer) stood by and filmed the last half of the confrontation on her cell phone –  seriously this is Ivy’s cousin and best friend yet she stops to film her death rather than help? The fact that there were no cops at the scene that we saw and so far no police investigation into a very unusual death – 2 paramedics show up, check her pulse and pronounce her dead. Seriously? The next thing you know Steffy is hysterical telling Liam (Scott Clifton) her cousin Aly fell and hit her head and is dead.

The worst part about the Aly death debacle is that nobody goes to the hospital to find Aly – where did the paramedics take her body – we never saw any of it then BOOM, Steffy tells Thorne his daughter is dead. Really? The person who was physically involved in his daughter daughter’s death and might be legally responsible for it tells him the news! No visit from the police, the coroner, the authorities? Is this a comic book or a modern TV show?

Thorne reacts to the tragic news of Aly’s death… then the next scene is Aly’s funeral! This has got to be the worst death storyline in the history of all soaps for all time – the only thing that was missing was a Forrester family pep rally.

Not too many tears shed at the funeral of Thorne’s only daughter – then BAM everyone is back to Forrester and it’s business as usual. This story was obviously thrown together at the last minute. They had poor Aly off her rocker for the last year going from sanity to insanity at the drop of a wardrobe change. Bradley Bell had Aly deranged and hateful, having the beloved character of Darla Forrester (Schae Harrison) come back as a dark sinister bobble-headed ghost who spoke to her daughter – putting horrible thoughts in her head. What was all of this? Was Aly Schizophrenic – did she have D.I.D. – a dissociative personality disorder (do awful visions of Fluke cloud your memory)?

Aly made a hate shrine for Steffy, Liam, Rick (Jacob Young) and Maya (Karla Mosley) we watched week after week as she fell into the depths of insanity, needing help, but not one selfish family member or friend saw it –  then BAM the kid is dead. What was the point of the story? Fans watching Ashlyn Pearce give one of the best performances ever on daytime only to have her lose the battle with depression, demons, and mental illness – we do not even know what to call it because of the sloppy manner in which Bell threw this storyline together.

What will now become of the character of Thorne Forrester? His wife Darla was killed by Steffy’s mom Taylor (Hunter Tylo) in an accident and now Thorne’s daughter was killed by his brother Ridge’s (Thorston Kaye) daughter Steffy. What will this do to the family Forrester? Is Winsor Harmon’s character next on the chopping block or will they turn his good character into a revengeful aggressive man who only looks out for himself  – basically like the rest of the Forresters.

In the end TPTB at B&B dropped the ball big time with this sloppy Aly death storyline – but they got people talking so perhaps that was the primary goal. Just that there are so many loose ends hanging around here that it’s hard to be pleased as a fan. What do you think CDL’ers, do you think they should have sent Aly away for mental help and kept the character alive? Did Ashlyn Pearce get the axe and Aly die so Bold can continue to devote oodles of time to their pet transgender storyline? Please leave your thought and comments in the CDL comments below