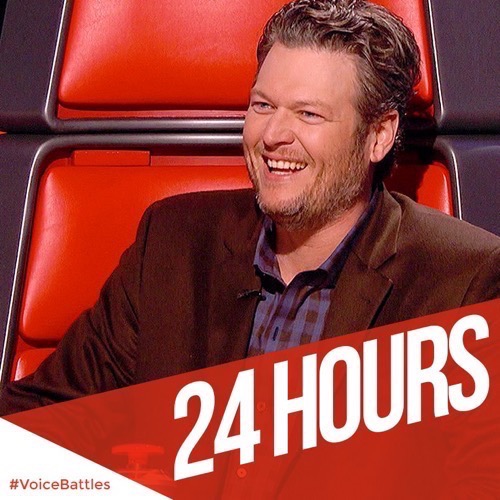 Tonight on NBC the Emmy award winning music competition The Voice returns with an all new Monday March 16, season 8 episode 7 called, “The Battles, part 3,” and we have your weekly recap below. On tonight’s episode, the battles – and the steals – rage as the coaches agonize over who belongs on their teams. .

On tonight’s episode,  the “battle rounds” continue and the coaches enlist the help of the music industry’s top recording artists to offer their knowledge and skills as advisers. Adam Levine teams up with Ellie Goulding, Blake Shelton with Meghan Trainor, Christina Aguilera with Nick Jonas and Pharrell Williams with Lionel Richie.

Tonight’s season 8 episode 7 is going to be exciting and we’ll be blogging it right here for you. In the meantime hit up the comments section and tell us how excited you are for season 8 of The Voice.

First up on #VoiceBattles tonight are two for Team Pharrell. He’s got Briar Jonnee going up against Caitlan Caporale. Lionel Richie is there again to help coach and the two are singing Fallen by Alicia Keys. Pharrell says they both have super soulful voices so they both should be able to blow it out. Both Pharrell and Lionel have notes for them. Carson introduces them and the battle starts. They both belt it out and it’s very nicely done, but there was no clear victor.

The next battle pairing belongs to Team Adam. It’s Barry Minniefield versus Jack Gregori. Adam has Ellie Goulding with him mentoring the two and they’ll be singing Feeling Alright by Joe Cocker. Ellie likes Jack’s deep powerful voice but wants him to push it more. Adam tells them both to keep it casual and fun. They get their final notes and then it’s battle time. Carson introduces them and the guys come out and rock the Joe Cocker number.

Blake says Barry did a good job and says he thinks he won. Christina says it was a lot of fun to watch and say Barry’s soul is off the charts. She says it’s a matter of preference and liked both. Pharrell says they both have big personalities. Now it’s down to Adam. He says he likes that they had great rapport and tells the other coaches that Barry and Jack really get along. Adam says there’s not a better or worse and is just going with his gut. He chooses Barry.

Next up is a Team Christina battle of Katelyn Read versus Treeva Gibson. Christina and her celeb advisor Nick Jonas work with the girls on Addicted to Love, the Florence and the Machine version. Christina says it will compliment both their voices and it’s haunting and moody. Nick encourages them to find a personal emotion to infuse into the performance. Christina encourages them both scream. They each give a little hmph. Nick says it was sweet anger.

Carson introduces Katelyn and Treeva and the battle is on. Pharrell says Katelyn is distinctive and that Treeva broke through. Pharrell says there is a lot of potential in both girls. Adam says they were both over-influenced by Florence and the Machine’s style but thinks Treeva won it. Blake says Treeva is crazy good but Katelyn is more developed and knows her sound better so he thinks Katelyn won it. Now it’s down to Christina who isn’t sure who to choose. She finally chooses Treeva.

The next battle is Team Pharrell and it’s Kimberly Nichole versus Lowell Oakley. They meet with Pharrell and Lionel Richie and found out they’re singing Hound Dog – the original by Big Mama Thornton to do as a duet. Lowell is a little intimidated by Kimberly’s soulful strong voice. Lionel talks about the Commodores being the opening act for Queen and how worried he was to reassure him. They give them notes to try and bring the personality out in both.

Carson introduces Kimberly and Lowell and they perform their take on Hound Dog. It’s a very interesting take on the song. The crowd is on their feet and seems to love it. Adam says that was so great. He says it was a classic Voice moment and was perfectly executed. He says he doesn’t know who to pick. Blake says Pharrell was crazy putting those two together and says everything about Kimberly is infectious and he’s obsessed and she may need to get a restraining order.

He compliments Lowell’s tail wagging move. He says he can’t decide either. Christina says they were both charismatic and it’s her favorite battle of the season so far. Pharrell says he doesn’t know what to do and wants them both. Blake then reminds Pharrell how he had two people like this last year, lost one to Adam then got him back and beat Adam. Pharrell ponders and ponders. Pharrell is on their feet and wandering around. He says they’re both winners and wonders who doesn’t really need him.

Pharrell wanders over to the stage and Carson tells him to slow his roll. Pharrell ponders some more. Blake tells him to hurry and says Kimberly probably has to pee. Christina says she has to pee and Adam says he peed just then. Carson says America has to pee and calls for a commercial break. Adam says #ComeOnMan. Pharrell says #I’mSorry. Pharrell says he’s going with a leap of faith that he’ll get them both back eventually and he chooses Lowell.

With Kimberly up for the steal, Christina slaps her button and says she’s wanted her since the blinds. Christina says the steals change everything. Kimberly is thrilled to still be in it. Next up is a Team Blake battle. He’s got Brenna Yaeger versus Kelsie May. Blake has Meghan Trainor with him and says they’re doing Reba McIntyre’s Fancy. Brenna is nervous since Kelsie seems to know the song a bit better. Blake encourages her to relax and stick with it.

Meghan tells them she’s nervous every performance and pretends she’s Beyonce to get past her nerves. Blake and Meghan give them some homework to learn this song. Blake tells them to go out and live the lyrics. Carson introduces Kelsie and Brenna and they do their Fancy thing. It’s very nice but there’s a little but of nerves showing. Christina says she can see why Blake paired them and says they were on 10 the whole time.

Pharrell says Brenna’s voice is lighter and Kelsie has a strong tone. He says both are incredible and doesn’t know what Blake should do. Adam says they’re are evenly matched in ability. Adam says it’s hard not to go with Kelsie but says Brenna is really good too. He says it’s a tough decision. Now it’s down to Blake who says he hates making these battle decisions about young people. He says they’re both great and says they both contained their nerves well. Blake ponders and says he thinks it’s pretty even but he goes with Kelsie.

The next battle is Clinton Washington versus India Carney for Team Christina. She and Nick Jonas assign them Stay by Rihanna. They get a lot of notes and homework then meet for one last rehearsal with Nick and Christina before the big battle. Nick tells them to create some intimacy and stage presence. Christina advises them not to overthink it. Carson introduces India and Clinton and the battle begins.

They have made Rihanna’s Stay into a lovely duet. Pharrell says – wow. They’ve got the intimacy thing down – it’s hot. They hit the high notes together and it’s stunning. All the judges and the audience are on their feet. That was a stunner. Pharrell says it was technically the best battle he’s seen. He says they both know what they want and congratulates them both. Adam says it was a precise execution. He says he thought Clinton didn’t stand a chance but says now they look like total bozos for not turning for him.

Blake says he got wrapped up in it and was watching a music video of a great recording. He says he’d pick based on looks and says India is prettier. Christina says they have amazing voices and used a lot of restraint. She says it was perfect and it’s a tough choice. Christina says she respects them both but chooses the winner as India. Then Carson says Clinton is up for a steal and Adam slaps his button. India says she’s happy he got stolen. But then Pharrell slaps his too and Adam is annoyed.

Christina says it makes her so happy. Adam says Pharrell will try and charm Clinton’s pants off. He says he loves Clinton’s confidence. Pharrell says he thinks Clinton can win this thing. Now it’s up to Clinton to decide if he wants Pharrell or Adam. He decides on Adam who goes to give him a hug. He says Adam aligns more with what he wants to do. Christina says Adam will be good for Clinton. Adam thanks Christina and tells Pharell he’s sorry.