‘The Young and the Restless’ Spoilers: Dylan and Sharon Newman Next Y&R Supercouple – Avery Forgives Dylan For Punching Her? 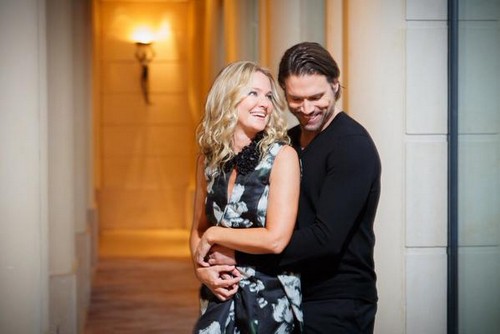 “The Young and the Restless” spoilers teased an explosive fight between Dylan and Joe Clark for quite a while. Y&R fans saw it coming a mile away with all of the testosterone flying between the two men vying for Avery’s heart. This week on the CBS soap the rivalry between Dylan and Joe finally erupted and turned into a brawl at the Underground – but no one expected what happened next. In a fit of rage, Dylan pummeled Joe Clark, and when Avery tried to intercept he punched his own fianceé in the face and gave her a bloody nose.

“The Young and the Restless” rumors have been floating around for quite a while teasing that it was the end of the line for Avery and Dylan. CDL reported back in 2014 that new headwriter Chuck Pratt planned to dissolve the couple because they were not resonating well with fans, and clearly weren’t developing in to the supercouple that Jill Farren Phelps so obviously thought they would become. Now that Dylan’s temper has gotten the best of him – once again, it is an opportune time for Avery to cut her future hubby loose. This is Joe Clark’s golden opportunity to swoop in and sweep his ex-wife off her feet and steal her from her violent fiancé.

So, if Avery rides off into the sunset with Joe Clark, what will happen to Dylan? Well, “The Young and the Restless” spoilers and rumors have been hinting at a love connection between Dylan and Sharon. Honestly, we’re surprised that Sharon hasn’t sunken her claws into Dylan by now, since she has had relationships with every other male blood relative of Nick Newman’s. The writers have been throwing Dylan and Sharon together a lot lately, and she recently cried on his shoulder after she lost custody of Faith to Nick. Aside from the fact that Dylan and Sharon are both unlucky in love, they also have their mental illnesses to bond over – Dylan has anger issues and PTSD and Sharon has battled with depression and bipolar disorder.

What do you think, Y&R fans? Will Avery forgive Dylan for punching her in the face, or is this the end of the road for them? When Avery and Dylan break up, will he hook up with Sharon? Let us know what you think in the comments below and don’t forget to check CDL tomorrow for more “The Young and the Restless” spoilers and news.