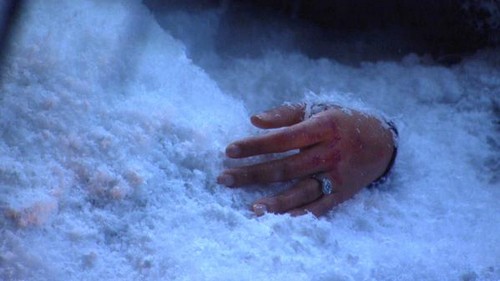 “The Young and the Restless” spoilers tease that the episode of the CBS soap airing on Wednesday, February 18 will be packed full of drama and heart-stopping twists and turns, and rumor has it Y&R fans will not want to miss a single second. Just when we thought “The Young and the Restless” couldn’t get any crazier this week – the spoilers for Wednesday’s episode have totally proven us wrong.

This week on “The Young and the Restless” Neil Winters and his family were in a horrific plane crash. Rumors have been floating around this week that Lily Winters Ashby will be killed in the plane crash and Christel Khalil is leaving the CBS Soap. But, apparently that is not the case because according to Y&R spoilers on February 18th Cane will find Lily in the plane wreckage and she is perfectly fine (and furious at her husband for helping Devon (Bryton James) and Hilary hide their affair). “The Young and the Restless” spoilers do tease that Hilary is in very bad shape and on Wednesday’s episode she will stop breathing and Neil (Kristoff St. John) will have to perform CPR on his cheating wife and save her life.

Meanwhile back in Genoa City all hell breaks loose on Wednesday, February 18, the Underground caves in on several of Nick Newman’s (Josh Morrow) Valentine’s Day guests. While the near-death experience spurs Nick and Sage to share a hot and passionate kiss, it seems to have seriously injured some of the other party-goers. Spoilers tease that Avery struggles to help her ex Joe Clark get a piece of metal off from his legs, and Victor Newman finds Jack Abbott (Peter Bergman) unconscious.

While the dust is settling at the Underground and the GC residents are assessing the damage, “The Young and the Restless” spoilers tease that there is an explosion at Chelsea (Melissa Claire Egan) and Billy’s house and their apartment goes up in flames. Chelsea and Johnny make it out safe and sound, and Gabriel comes to the rescue and heads back in to the flames to save Connor and Billy. After making sure his son Connor is safely outside Gabriel (Justin Hartley) he is faced with a difficult decision – will he save unconscious Billy Abbott from the fiery apartment or leave him there for dead?

“The Young and the Restless” spoilers also tease that on February 18 Y&R fans can expect to see Sharon (Sharon Case) get in to a car accident with Faith, and Dylan (Steve Burton) comes to their rescue. Also, the mystery at the Abbott Cabin continues to get stranger – Summer’s (Hunter King) friends drag Austin’s body outside and cover up the fact that she allegedly murdered him and make it appear that he hit his head on a rock. Meanwhile, Mariah (Camryn Grimes) has flashbacks of Abby Newman kissing Austin before he was killed!

So Y&R fans, how insane is this week? Do you think Hilary is paralyzed? What is going on at the Abbott Cabin – is Austin (Matt Atkinson) really dead or is this all a sick and twisted game? Does Victor have to help save his nemesis Jack Abbott’s life? Will Adam Newman save Billy from the fire or leave him there for dead? Let us know what you think in the comments below and don’t forget to check CDL tomorrow for more “The Young and the Restless” spoilers and news.