The Young and the Restless Spoilers: Sharon Finds New Lover or Will Plane Crash Cause Reconciliation With Nicholas? 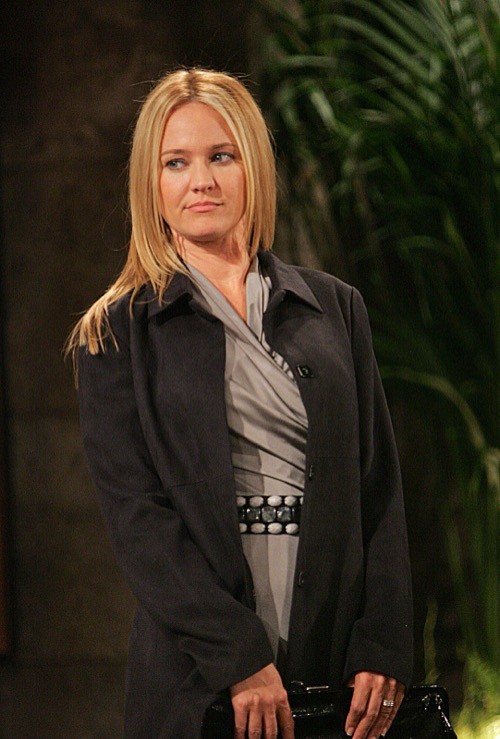 The Young and the Restless spoilers can now focus on some new gentlemen callers for sad Sharon Newman [Sharon Case] who may turn into lovers. Now that her ex husband and lover Nick Newman [Joshua Morrow] has gained full custody of their little girl Faith and has vowed to never ever be with Sharon again, Sharon herself will be on the prowl searching for next possible Y&R perfect mate.

Sharon and Adam Newman [Justin Hartley] were once married and intertwined in each others lives. Can a quick relationship with Sharon actually get Adam closer to his wife Chelsea [Melissa Claire Egan].

Dylan MacAvoy  [Steve Burton] has been a true friend to Sharon since his first arrival in Genoa City a few years ago. He has definitely taking a concerned interest in Sharon since she lost her custody case in court. With his own relationship with Avery Clark [Jessica Collins] shaky thanks to Joe Clark [Scott Elrod], can Dylan and Sharon be there for each other as more than friends?

Neil Winters [Kristoff St. John] sight is back and also the realization that his wife Hillary [Mishael Morgan] and son Devon [Bryton James] have been shacking up together. Can Neil and Sharon find comfort in each other’s arms and stop the hurt and lost there are feeling?

Joe Clark [Scott Elrod] has been single basically all of his time in GC so far. Is it time for Joe to stop his infatuation with his ex wife Avery and finally move on with Sharon?

With the all these possibilities for a new love interest for Sharon, many long time SHICK fans are hoping for a reunion of high school sweet hearts, Sharon and Nick. The SHICK fans maybe finally getting their wish granted and have their favorite couple reunite. The Young and the Restless rumors are divulging spoilers that a possible Nick and Sharon reunion is planned for the near future.

The YR Valentine’s Day Storm news circulating around finds the couple having the same realization that they may never see each again. The plane crash and all havoc it wrecks is rumored to have an intense effect on the way Nicolas wants the remainder of his life to play out. Having his children and Sharon by his side Nicolas determines is the only way he will be truly happy.

Would you like to see Nick reunited with Sharon? Or do you think after Nick ripped her child from her arms, Sharon deserves much better and should finally move on to one of the possible men mentioned above? Or maybe you have a different suggestion for Sharon’s new love interest . Please let us know what you think in the comments section below. Come back to The Young and the Restless spoilers and news on CDL often!