The Young and the Restless Spoilers: Dr Cutler Confesses To Jack – Victoria Sides With Phyllis – Mariah and Summer’s Clash 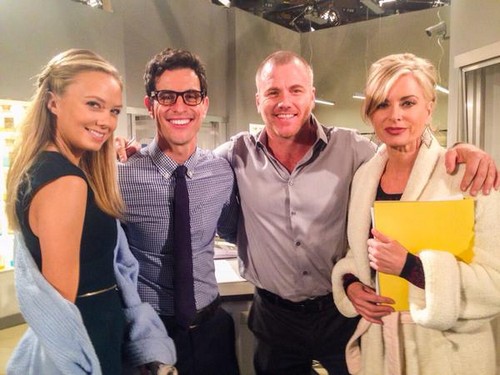 “The Young and the Restless” spoilers tease that the episode of the CBS soap airing on Thursday January 22 will be full of exciting drama. Rumors have been floating around that the treatments Dr. Cutler administered to Phyllis to wake her up from her coma could have made her crazy…well at least crazier than usual. “The Young and the Restless” spoilers for the January 22 episode tease that there is definitely some truth to the rumors, and Dr. Cutler confesses to Jack (Peter Bergman) that his other patients have been “acting out” since they woke up and “have no remorse.” Sound familiar?

“The Young and the Restless” spoilers tease that while Jack is learning about the negative side effects of Phyllis’s treatments, Ben (Sean Carrigan) and Kelly learn about the negative side effects of the poison she consumed at the hospital. According to our Y&R spoiler source, Ben desperately wants his sister to move on and let the police handle Phyllis (Gina Tognoni) – but Kelly refuses to press charges. Kelly (Cady McClain) is released from the Genoa City hospital and heads straight to Jack’s penthouse to let him know that Phyllis poisoned her. Meanwhile, Ben and Victoria (Amelia Heinle) get into an argument over Phyllis, and he is shocked that Victoria seems to be siding with the woman that tried to kill his sister.

In other “The Young and the Restless” news, spoilers tease that on Thursday’s episode of the CBS soap Fen lets Summer know how he really feels and announces that he wished Austin would cheat on Summer so that she would dump him already. While Summer and Fen are bickering, Austin and Mariah (Camryn Grimes) share a close moment and he encourages her to pursue a relationship with Kevin. Y&R spoilers also tease that Mariah tries to apologize to Summer (Hunter King) for kissing Austin, but Summer does not want to hear it.

So Y&R fans, do you think that Phyllis poisoned Kelly or do you believe the rumors that Kelly poisoned herself to frame Phyllis? It is strange that Kelly didn’t want to get the police involved. Do you like the idea of Mariah and Kevin together? Is this the last kiss Mariah and Austin will share, or just the beginning of many more to come? Let us know what you think in the comments below and don’t forget to check CDL tomorrow for more “The Young and the Restless” spoilers and news.