The Young and the Restless Spoilers: Jack is Back, Out of Coma – Marco Confirmed Alive – Paul Wants Gabe’s Prints 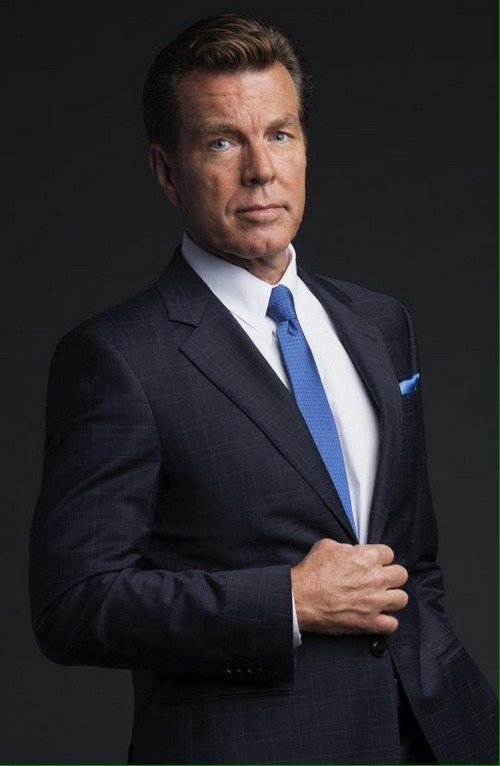 The Young and the Restless Spoilers tell us that Jack is back and there will be hell to pay in Genoa City this coming week on Y&R. SOD reports Jack Abbott [Peter Bergman] wakes from his coma but he does not want Phyllis [Gina Tognoni] or Ashley [Eileen Davidson] to know just yet, only Stitch [Sean Carrigan] who has recently been reinstated as a Doctor. Jack will fake his comatose state for awhile until he figures out who the good guys and the bad guys are. Stich agrees to help keep his secret.

Stich is now being sucked into all of the lies and secrets this whole brood is keeping – how will Ashley and Abby [Melissa Ordway] react when they learn Stich was lying about Jack’s condition while they were all so worried? This story has grown tentacle after tentacle adding more people to the pile of secrets everyday making for a huge blow up when all is revealed.

Jack has reason to be concerned but which major worry is first on the list: Marco [Peter Bergman] or Victor? The Young and the Restless Head Writer and Executive Producer Chuck Pratt Jr., as reported by SOD, says that “he’s [Jack] likely worried that someone will want to finish the job like Marco or Victor.” Well from that quote we can assume CDL was right as we previously reported that Marco is still alive.

First on Jack’s to do list is get in touch with Adam and Marisa. Adam will explain how he knew Marco and how Marco blackmailed him – Adam will also tell Jack Victor planted a gun with fingerprints at Chelsea’s. Adam is running scared because Paul [Doug Davidson] wants to run fingerprints to rule him out as a suspect in Jack’s shooting (seen on the Y&R Monday July 20 episode). Adam refuses, knowing the cops have his fingerprints on file so his whole identity would be blown. At this point many people would go down with him – the potential casualty list continues to grow as one by one more people learn of Adam’s identity as Gabriel.

Jack knows that if Adam’s true identity is revealed he will be up a creek if anyone finds out he knew all along who Gabe really was. Safe to say Jack will not be waking up anytime soon – at least not for the general public anyway. Jack and Adam will join forces with Marisa [Sophia Pernas] – remember Marisa thinks she killed Marco but we all know Marco is not dead (thanks Pratt)!

Sources say Marco will be rearing his ugly head when they all least expect it and we will go through the drama of him going after Marisa – then the drug dealer will eventually make a deal with Adam and Jack to help take down Victor. Very smart move on Jack’s part to fake his coma because as we all know Victor has his cronies at the hospital watching Jack’s progress or lack thereof. As long as Victor thinks Jack [who he still thinks is Marco] is in a coma he is safe but the minute he opens his eyes it will be curtains for real Jack. That will be where Marco comes in but we don’t want to get too far ahead of ourselves do we?

Victor is not on top of the situation as well as he thinks he is and his ego prevents him from learning the truth which Marisa offered to him. This is a perfect example of The Moustache’s ego undermining his own best interests – he would not listen to her when she tried to tell him Jack in the hospital is the real Jack. So here Victor sits in Jail still thinking Jack is Marco which will be his downfall because sources say the Marco/Jack/Adam scheme will blow Victor out of the water!

What do you think CDL’ers, will Jack reverse Victor’s evil plan to backfire on him like Jack did years ago to Adam who went to prison? Will Jack get the last laugh? The fireworks are just beginning on the CBS’s Y&R. Do you think Victor will finally have to pay for his crimes and do you want to see Victor pay? Come back to CDL for more The Young and the Restless spoilers and news. Please leave your thoughts and comments in the comments below.