The Young and the Restless Spoilers: Paul Wrong About Avery’s Rapist – Joe Clark Guilty – Does He Get Killed? 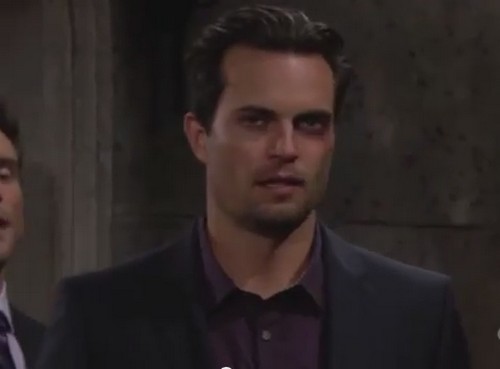 The Young and the Restless spoilers have some very bad news for Avery – her Y&R rapist has not been captured and Joe Clark is in fact guilty of rape! On the July 13 Y&R episode Avery [Jessica Collins] is holding a gun on Joe Clark [Scott Elrod] who is adamant that he did not brutally rape her – yet he has vehemently denied it, but then what man wouldn’t deny such a heinous crime. Which leads CDL to the question if Paul Williams [Doug Davidson] really captured Avery’s rapist?

I know, I know Paul said they got him, well what Paul said several times is “it is likely” – “he is pretty sure” – “the guy had Avery’s belongings in his car ” – “he was allegedly TRYING to rape someone else” BUT that is NOT a definitive answer. It looks like the Y&R writers are trying to do some BIG shocking reveal on who really raped Avery! GCPD still has NOT said beyond a reasonable doubt that the man they have in custody is Avery’s rapist. We all breathed a sigh of relief when we heard the rapist was caught… and wasn’t Joe. – that is the plan, to get our defenses down, think Joe is a good guy and then BAM he turns out to be exactly what Avery has said!

Could the BIG shock be that Avery was right all along – that Joe really did rape her? All of this time most of us thought she was just out for revenge. Could Joe really be the bad guy Avery has said he is? Joe’s personality is passive aggressive and he seems to be a master manipulator – calm, cool and collected all of the time. Strange how a man who was cheated on by his wife would go to so much trouble to “win” her back unless Joe has a deep seated hate that he hides well. He has never had a problem showing it to Dylan [Steve Burton] so why wouldn’t he take it out on Avery too by ruining her life with Dylan and making her look unstable, ruining her Law Career which was everything to her. Does Joe stay calm to make Avery look irrational and crazy? If this is Joe’s plan he is doing a good job because Avery has looked very unstable lately and Joe is always seemingly trying to calm her down, but the key word is seemingly. 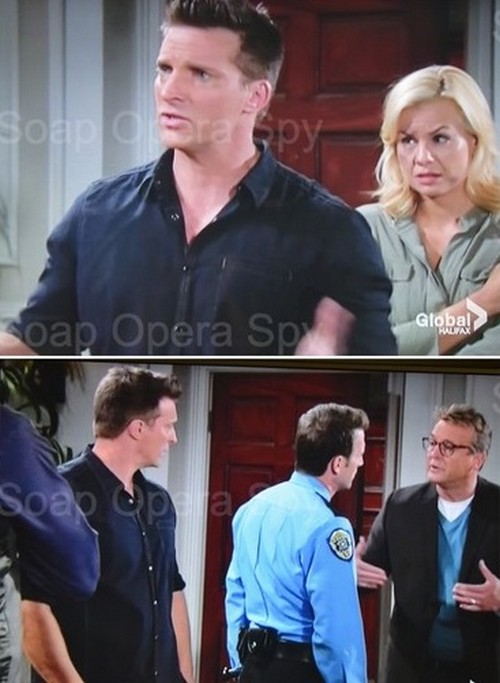 If Joe ends up being all the bad things Avery said he was then that would be a huge surprise and the double whammy would be if Joe turns out to be Avery’s rapist. Yes Paul told Avery “We think we got him he had your personal belongs” BUT Paul had said in 2 episodes that “we THINK it is him” and goes on to explain they have not done forensics to make sure it is Avery’s rapist which means in the Soap World they got the wrong guy! We will all be shocked to know they did not catch the rapist and the biggest shocker will be the reveal of the real rapist who has been basically taunting Avery every chance he gets.

The end of Avery is finally near which was TPTB’s whole goal in the first place. Will they be getting rid of Joe Clark also? It looks like they are heading in that direction with the build up of Cane [Daniel Goddard] beating the daylights out of Joe and Avery telling Joe in front of Paul and other witnesses that she was sorry she didn’t shoot him in the face! Rumors are that the grand finale will be Joe ending up dead.

Jessica Collins’s final air date is Tuesday, July 21 so we know this mess of a story will be at an end soon – if only TPTB could wrap up the painful Cabin Killer story with the dame quickness with which they completely demolished the previously strong character of Avery Clark. If you look at the whole picture including Joe’s role in all of this it seems Avery has lost EVERYTHING, including her sanity. Typical way to ruin a female character for misogynistic Charles Pratt Jr. but does this also entail Joe’s job being finished on The Young and the Restless? There will be a new shocking twist to this story but it won’t be a shocker to you because you read it here first! Stay tuned to Y&R to watch the story come to a surprise conclusion. What do you think CDL’ers do you think Joe is the rapist? Do you think Joe will end up dead? Please leave your thoughts and comments in the CDL comments below.