BY Heather Hughes on May 26, 2015 | Comments: 5 comments
Related : Soap Opera, Spoiler, Television, The Young and the Restless 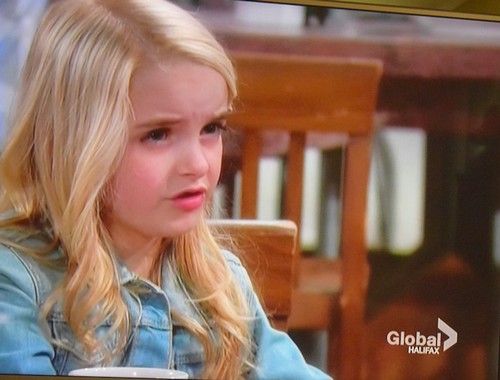 “The Young and the Restless” spoilers for Tuesday, May 26, tease that the cabin mystery will appear to be all wrapped up. Of course, we know that things are never as they appear on a soap. Kevin (Greg Rikaart) won’t be convinced that Tobias (Jeffrey Christopher Todd) is the real killer. Phyllis (Gina Tognoni) will also indicate her suspicions about everything being a little too convenient. Fake Jack (Peter Bergman) will argue that cases get solved by random incidents all the time. When Victor (Eric Braeden) and fake Jack are alone, Victor will accuse him of taking out Tobias so he wouldn’t be around to defend his innocence. Fake Jack will say that Victor has quite an imagination and hint that if he was guilty of Victor’s accusations, he’d be a “very dangerous man indeed.” Victor will urge fake Jack to watch his back. If fake Jack isn’t careful, he might lose everything. CDL on the other hand is concerned that The Moustache has underestimated Marco’s evil and determination – if Victor isn’t careful he could wind up as one of Fake Jack’s murder victims! 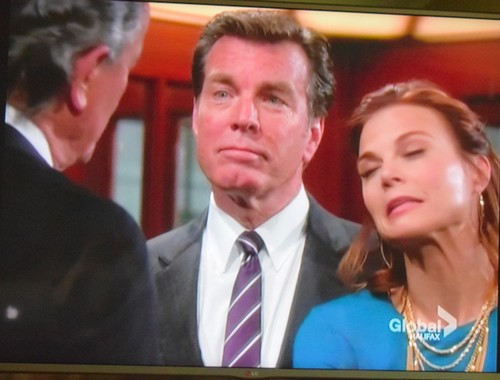 Later, Victor will get updates on Jack’s whereabouts from the island cop. The officer will inform Victor that Jack may have stowed away on a ship. It sounds like Victor’s plan is in jeopardy, but fake Jack will also run into some trouble. Phyllis will mention the “Go with the ghost” comment that the officiant made at their wedding. Fake Jack will seem confused and Phyllis will ask “Yack” if he remembers it. Fake Jack will try to cover and say that he was just distracted at the wedding by Phyllis’ beautiful eyes.

Avery (Jessica Collins) will talk to Dylan (Steve Burton) about his relationship with Sharon (Sharon Case). Dylan will argue that he can’t keep denying the fact that he’s more than friends with Sharon. Dylan will add that Avery is the one who broke things off. They’ll decide it’s best to avoid talking about Sharon and Joe (Scott Elrod). Dylan will say that he’ll always care about Avery and she’ll agree that she feels the same way.

Meanwhile, Nick (Joshua Morrow) and Sage (Kelly Sullivan) will try to tell Faith (Aly Lind) about the baby that’s coming. Sharon will show up and inadvertently let the news slip. Faith will assume that Sharon is having another child, but Nick will inform her that Sage is the one who’s pregnant. Faith won’t be pleased and she’ll say that she doesn’t want to spend the night at Nick’s house anymore. Sage will suggest that Faith could spend some nights at Sharon’s and Nick will be ticked off that Sage inserted herself into the situation. It seems like Sage is trying to get Faith out of the picture so she can have Nick for herself and her own child. When Dylan arrives and learns that Nick’s unsure about trusting Sharon, he’ll tell Nick that she won’t be alone. Nick will say that he’ll call the judge and see if Faith could start sleeping at Sharon’s house one night a week. Sharon will feel that Nick is agreeing to this because of Dylan and she’ll offer her gratitude. 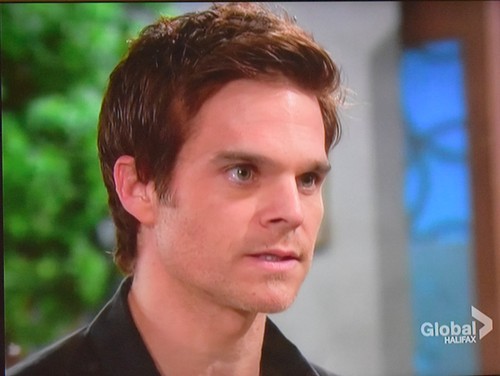 Joe’s doctor will give him clearance to move to outpatient status. Joe has loved having Avery’s undivided attention in Chicago, but it looks like he’ll have to find a way to keep it now that he’s leaving the rehab facility. The doctor will say that Joe still needs to keep his spirits up. Avery will say she guesses she can be his support system. It seems like Joe knows exactly who he wants, but Avery might not be so sure. Y&R rumors say that Avery may soon decide she wants Dylan back. However, down-the-road “Young and the Restless” spoilers reveal that Dylan will remain committed to Sharon. Fortunately, Joe will happily be Avery’s backup plan.

Since Neil (Kristoff St. John) was arrested for punching Nikki’s (Melody Thomas Scott) drinking buddy, she’ll try to bail him out of jail. Neil will say that Leslie (Angell Conwell) already bailed him out. Kevin will inform them that a news story is running on Neil’s actions and Nikki will be worried about his reputation. Neil will reply that Nikki is the one who should be worried. They’re probably reporting on her being drunk. Later, Victor will confront Nikki about her drinking and Neil will agree that she needs to get help. Nikki will admit that she had a few drinks, but that was to be expected since she was in a room with all those Newmans and Abbotts. After Nikki storms out, Victor will hint that he’s going to have to take drastic action with Nikki. Neil will track Nikki down and see that she’s drinking at the bar. Nikki will declare that she won’t stop drinking just because they say she should. In a phone call, Neil will indicate that he has a friend who’s in serious trouble and there’s only one way out of it. Stick with the CBS soap to find out what it is.