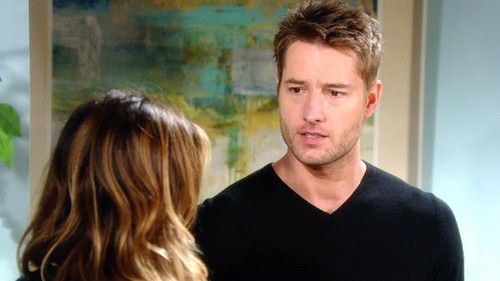 “The Young and the Restless” spoilers tease that there are some exciting twists and turns coming to the CBS soap this summer, and Y&R fans will not want to miss a single second of the drama. There is never a dull moment in Genoa City, but this summer 2015 some of our favorite storylines will really heat up. First and foremost, Y&R spoilers tease that Jack Abbott (Peter Bergman) – the real Jack Abbott is on his way back home, and when he arrives all hell is sure to set loose.

The June 1 edition of Soap Opera Digest teases that Jack is on a mission to get revenge on those responsible for stealing his life, especially Victor Newman (Eric Braeden). But on his way home to Genoa City, Jack will of course get in some trouble. According to “The Young and the Restless” spoilers, Jack will arrive in Genoa City in June. SOD goes on to say, “Jack has lost everything and he wants those responsible to pay. He wants his life back. Of course, while traversing the globe he has gotten himself in to a bit of trouble as well. The lipstick murders will dovetail with our Victor/Jack story, taking several unexpected turns.” So, it sounds like Jack’s return will not only spark some crazy revelations in the Fake Jack storyline, but also help solve Courtney and Austin’s (Matthew Atkinson) murders and the possible murders of Tobias and Kelly. Could Victor be directly responsible for murder or is it all Fake Jack, Marco Anicelli the drug lord? Even if Marco is directly responsible Victor is totally guilty for bringing the killer to Genoa City in his dastardly plot to overthrow Jack and steal Jabot.

In other “The Young and the Restless” news, spoilers tease that there will be some major relationship drama in Genoa City this summer. Sharon (Sharon Case) and Dylan’s (Steve Burton) new relationship will instantly be put to the test when Avery decides that she wants her man back. Fans can expect to see the two leading ladies in a full blown war over their knight in shining armor. Also, Cane (Daniel Goddard) and Lily’s (Christel Khalil) relationship will be put to the test. According to Y&R spoilers in the latest edition of Soap Opera Digest, Cane will have a tough time remaining faithful to Lily when Lauren is in need of some obvious comforting. Given Michael’s awful treatment of his devoted wife we can expect some major drama.

“The Young and the Restless” spoilers for Summer 2015 also reveal that the Adam Newman (Justin Hartley) storyline will finally come to a head – and “Gabe” might have to finally face the music regarding Delia’s death. With all of the drama in Genoa City, the hit-and-run that killed Delia seems to have been put on the backburner. But, it Billy’s daughter’s death will be front and center again and will haunt Adam Newman. Meanwhile, Gabe’s ex Sage has some problems of her own, like whether or not her baby will share Nick Newman’s (Josh Morrow) DNA when it is born!

Y&R spoilers from Soap Opera Digest tease that Nick is excited to have a new baby and a new beginning – but as always on soap operas, there will be some complications. Like, a paternity test. As all hell is breaking loose in Genoa City this summer, Devon (Bryton James) and Hilary (Mishael Morgan) will go full steam ahead with their wedding plans. But, according to “The Young and the Restless” spoilers, Neil (Kristoff St. John) is out for revenge, and determined to derail their happily ever after.

So Y&R fans, are you as excited as we are for all of the drama this summer? Do you think Avery will win back Dylan? How is Fake Jack related to Courtney’s and Austin’s murders, what about Kelly’s and Tobias’ untimely ends? Do you think Cane will cheat on Lily with Lauren? Is Nick really the father of Sage’s baby? Let us know what you think in the comments below and don’t forget to check CDL tomorrow for more “The Young and the Restless” spoilers and news!