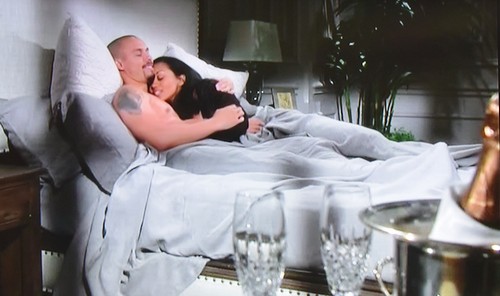 ‘The Young and the Restless’ spoilers for Friday, June 5, tease that Neil (Kristoff St. John) will visit Nikki (Melody Thomas Scott) in rehab. Nikki will talk about how she’s hiding out from Victor (Eric Braeden) and Neil will remind her of Victor’s love. Nikki won’t believe their relationship is as solid as Neil thinks it is. Nikki will question Neil about his anger towards Hilary (Mishael Morgan) and Devon (Bryton James) and he’ll assure her that he would never act on his desire for revenge. However, Y&R rumors say that Neil’s craving for vengeance may prove too strong to resist.

Jack’s (Peter Bergman) doppelganger will hear that Jack is missing and demand to know what’s going on. Victor will become irritated and try to get fake Jack to shut up. Fake Jack will realize what’s at stake and he’ll pull out a flash drive that includes a log of all their conversations. Fake Jack will say that he’ll send the information to Ashley (Eileen Davidson) and the feds if Victor tries to pull anything. Ashley will walk in and Victor will get a call from Nikki. After Victor leaves for the rehab facility, fake Jack will let Ashley know that he’s made some updates to his will. Ashley is now the executor. Fake Jack will say that Phyllis could be influenced by Victor, but he trusts that Ashley can handle him. Ashley will wonder they’ll do if something happens to her, but fake Jack won’t be worried about it. After Ashley leaves, she’ll be in visible pain as she pops a pill. Fake Jack will receive some news on his phone about Jack’s whereabouts. As he stares at the picture of Jack on the cargo ship, he’ll mutter to himself in Spanish.

The real Jack will struggle to convince Marisa (Sofia Pernas) to free him. Jack will say that he has the captain’s money and he’ll share it with Marisa if she’ll help him get back home. Marisa will be revolted that Jack is trying to buy her off. Jack will talk about all the great qualities of life in Genoa City and Marisa will be pleased to see his softer side. Marisa will agree to help if she and “Marco” can be together there. Jack will try to discourage the idea, but Marisa will be persistent. As they kiss, the captain will arrive and tie Marisa up. Now the plan is to sell them both. Jack will believe there has to be a way out of this jam.

Other “Young and the Restless” spoilers reveal that Devon will ask Hilary to marry him. Hilary will hint that they might be rushing into this considering everything that’s happened, but Devon will say he’s done making sacrifices. Hilary will eventually accept Devon’s proposal. Meanwhile, Lauren (Tracey E. Bregman) will tell Cane (Daniel Goddard) that she’s heartbroken over Michael’s (Christian LeBlanc) decision to end their marriage. Lily (Christel Khalil) will arrive and tell Lauren to back off. Lily will add that just because she can’t hang onto Michael doesn’t mean she can have Cane. Devon will show up and think that Lily is overreacting. Cane will indicate that he’s just offering Lauren support. A little later, Lily and Devon will bicker again before he tells her he’s marrying Hilary. Neil will show up just in time to hear the big news and he’ll say that Devon always does what he wants at the expense of others. 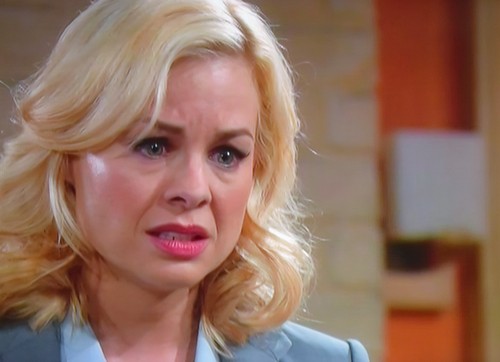 Avery (Jessica Collins) will lash out at Joe (Scott Elrod) for keeping her in the dark about the fact that he could walk. Joe will try to say it was just a few cautious steps, but Avery won’t be fooled. Joe will finally admit that he lied because he loves her and he believes she feels the same way. Avery will scoff at the idea and let him know that he’ll be leaving her apartment. Joe will threaten to tell the cops she intentionally shoved him off the balcony. Avery will be outraged and wonder what he wants from her. Joe will reply that he wants Avery to make love to him.

Victor will bring Nikki some flowers in rehab. Nikki will say that she can’t stay sober if they’re together. Victor will think he helps Nikki, but she’ll think he’s part of the problem. Nikki will add that Victor needs to let her go if he truly loves her. Victor will storm out to confront Neil about persuading Nikki to do all this. Neil will insist that he didn’t turn Nikki against Victor. 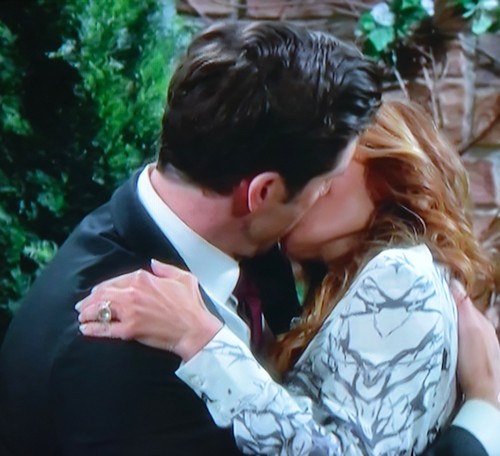 At the park, Cane will see Lauren and talk to her about what happened with Lily. Lauren will hint that Lily is right about her history of cheating. Cane will imply that Lily’s real beef is with him and Lauren will be grateful that he’s there for her. They’ll lean in for a passionate kiss. Meanwhile, Lily will call Cane’s phone and leave him a message saying she’s sorry. It sounds like big trouble is brewing for this love triangle. Stay tuned to the CBS soap to see who Cane will end up with.