The Young and the Restless Rumors: Neil Kidnaps Hilary – Hides Ex From Devon – Evil Side Emerges as Revenge Takes Over? 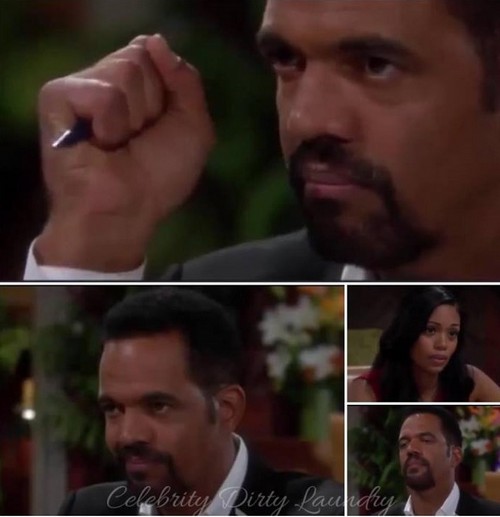 The Young and the Restless spoilers explore the rumors that poor cheated upon and betrayed Neil Winters [Kristoff St. John] has had enough and turns to a very dark side of himself for revenge – woe to anyone on Y&R who Neil feels has crossed him! Neil has always been a beloved Y&R character his biggest flaw has been his weakness for having to have woman in his life to make him feel complete and with that flaw comes lots of heartbreak. Neil becomes clingy, smothering and usually scares the potential wife off before they get to the alter!

Neil has been married 4 times but the only Young and the Restless woman that Neil ever had a successful truly loving relationship with was Lily’s [Cristal Khalil] mother Drucilla [Victoria Rowell]. Drucilla kept Neil balanced but after her “supposed” death he has never really seemed to get his footing in his love life. Neil seems to be so desperate to find that same true love that he had with Drucilla that his “picker” seems to be broken and he rushes into one bad relationship after another. The latest being Hilary Curtis [Mishael Morgan].

Ms. Curtis is young enough to be his daughter and her past is pretty shady BUT she changed her evil ways and pushed Neil away because she felt he was too good for her after the horrible things she has done. Neil being “desperate” to find true love again pursued her until she finally gave in. BUT Ms. Curtis was holding a small torch for his son Devon [Bryton James] that she decided to put out because Devon did not seem to feel the same way. Neil and Hilary became inseparable and Hilary seemed to truly love and appreciate the older man. Neil loves to rescue damsels in distress and that is why he and Lesly [Angell Conwell] did not work out because she was definitely not a damsel who needed saving. Lesly married an MD she met on the Internet but she and Neil remained friends and as a matter of fact she recently successfully represented him in the Y&R vehicular homicide case.

The big problem here is Devon finally comes clean with his true feelings for Hilary and tells her not to marry his father! Hilary is torn and marries Neil because she feels safe with him. It was very important to Neil that this be his final marriage so he was going to make it work no matter what! Neil showered Hilary with everything he could imagine and bought her the house in the Country that she dreamed of as a little girl. All the while he was trying to make Hillary’s dreams come true she and Devon were having sex anywhere and everywhere possible! Neil was clueless in his fanatsy land of wedded bliss.

While Neil was at the “dream house” he bought for his new bride, in fitting Y&R tragedy he was electrocuted and went blind. Hilary stayed with him but carried on her steamy affair with his son. When Neil finally got his sight back the first thing he saw was Hilary and Devon in bed! This was when The Young and the Restless let fans see see how devious Neil can be when pushed. Neil sees them in bed but keeps it a secret that he can see, lying to everyone and watching everyone and their reactions to his being cuckolded. Neil was starting to show his dark side and capacity for revenge little by little. When the truth comes out on the fateful plane ride, he humiliates Hilary and Devon in front of several family members, close friends, and business associates he then takes a giant swig out of a booze bottle and everyone is horrified – since Neil is a recovering alcoholic.

Now let’s fast forward to present time Hilary hands Neil the divorce papers Neil has a dark dark look in his eyes he “acts” like he signs all of them. With everyone looking on Hilary is happy and thanks him, she wishes him luck and when they part Lily tells her father how proud she is of him. BUT Neil continues to watch Hilary, waiting for a reaction….

Young and Restless rumors and spoilers on the Internet claim Hilary will soon find out Neil did not sign all of the papers and will get back in touch with him. Neil arranges plan to meet Hilary alone at the dream house he bought for her, where he suffered the accident that caused his temporary blindness, the home they never got to live in. Neil will then go off on a tangent telling Hilary that when she turns up missing Devon will think she left him again and no one will come looking for her. Hilary is terrified there is no one to help her or hear her!

Neil forces her to write a letter to Devon telling him she left him again and that she never loved him, that she was lying to him again! Neil tells her she will live in the darkness that he lived in for months – she will know what he lived! Neil ties her up, blindfolds her and puts her in the basement where no one will ever find her!!

The actress who plays Hilary is pregnant in real ilfe and will be taking a few months off for maternity leave and so her character will be missing of Y&R for a few months. Stay tuned to CBS’s Y&R and watch Neil’s decent into criminal insanity! Do you think has lost his mind? Will Devon fall for this horrible trick or will he feel there is something wrong and look for his love? Please share your thoughts in the Celebrity Dirty Laundry comments below and come back for more The Young and the Restless spoilers, rumors and updates!