‘The Young and the Restless’ Spoilers: Gabriel to Reveal Truth About Baby, Mariah Posed As Killer, Avery Learns Joe Can Walk 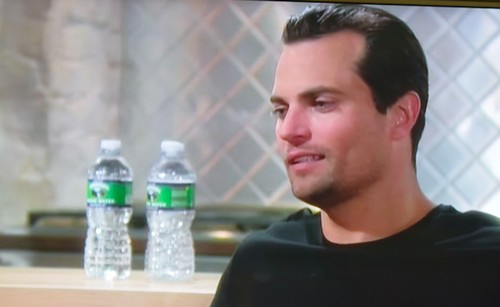 “The Young and the Restless” spoilers for Thursday, June 4, tease that Kevin (Greg Rikaart) will make a suggestion that could prove very risky. As he prepares for his arraignment, Kevin will say that a TV show wants to feature the cabin mystery, but they all have to agree to be a part of it. Abby (Melissa Ordway) and Summer (Hunter King) won’t like the idea. Summer will say she’ll talk about the legal aspects of this with Avery (Jessica Collins). Once Summer leaves, Mariah (Camryn Grimes) will admit that she’s not sure about doing an interview either.

Summer will show up at Avery’s place to tell her what’s going on and Joe (Scott Elrod) will be there doing exercises. When Avery gets called away, Summer will stick around. Joe will admit that he’d be lost without Avery in his life. They’ll have a conversation about Austin (Matthew Atkinson) and Summer will head out. Once Summer’s gone, Joe will get out of his wheelchair and begin to walk around. Summer will return and see Joe standing up. It’ll be a shock, but Summer will decide to leave without questioning Joe about his lies.

Later, Avery will talk to the Kyle (Lachlan Buchanan), Kevin and Mariah about the implications of putting their story out there for everyone to see. Avery will argue that this is a risky move, but Kevin will believe that it’s more dangerous to let a murderer go free. Kyle will feel that the TV interview might be beneficial, but Avery will urge him to think about how his relationship with Summer could be portrayed. In a moment alone, Mariah will confess that she sent the message to the police to help Kevin out of his current jam. Mariah will be concerned that the cops will find out she was posing as the killer online. Summer will catch up with Avery and give her the news that Joe has been lying to her. Avery will go back home and demand answers from Joe about his charade. It sounds like Joe’s plan is backfiring in a big way.

Other “Young and the Restless” spoilers reveal that Gabriel (Justin Hartley) will try to smooth things over with Chelsea (Melissa Claire Egan). Gabe will say that he’s sorry for stomping off after she questioned him about being the father of Sage’s (Kelly Sullivan) baby. It just seemed like Chelsea was making accusations. Later, Sage will have a nightmare about Gabriel being the father of her baby. When she wakes up in the hospital, Nick (Joshua Morrow) will try to calm her down. Nick will leave and Chelsea will pop in with some flowers. Chelsea will mention the fact that she suspected Gabriel could be the baby’s father, but Sage will shoot down that possibility. Gabriel will arrive and after Chelsea exits, he’ll imply that the child may be his. Sage’s heart rate will increase as she shouts at Gabe to get out. 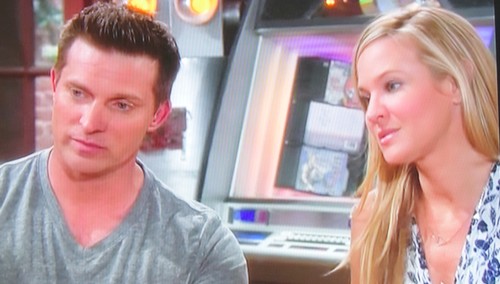 At Crimson Lights, Nick will give Sharon (Sharon Case) updates on the situation and she’ll say that she’s more than willing to take on more responsibility with Faith. Nick will hint that Sharon is trying to spin Sage’s problem around to work in her favor. Dylan (Steve Burton) will walk over with Faith (Aly Lind) in the midst of their argument. Faith will be concerned about Nick and Sharon’s fighting, but Nick will assure her that everything’s OK. After Nick departs, Dylan will tell Sharon that Nick is just under a lot of pressure right now. Since Sharon needs a job, Dylan will suggest she work alongside him.

Back at the hospital, Sage will fill in Nick on what happened with Gabriel and he’ll say that he’ll take care of it. Sage and Nick will agree that this baby is a good thing and they’ll share a passionate kiss. Meanwhile, Chelsea will apologize to Gabriel for asking questions she had no business asking. Gabe will indicate that it wasn’t Chelsea’s fault and he doesn’t want to lie to her about Sage’s baby anymore. Gabriel wants them to grow as a couple, but what will happen when Chelsea finds out that he’s actually Adam? Y&R rumors say that the big reveal is rapidly approaching. Stick with the CBS soap to see how Gabriel’s true identity will get out.