‘The Young and the Restless’ Spoilers: Did Kyle See Fake Jack Kill Austin, Covering for ‘Father’ – Victor Setting Up Flack?

BY Heather Hughes on May 20, 2015 | Comments: 2 comments
Related : Soap Opera, Spoiler, Television, The Young and the Restless 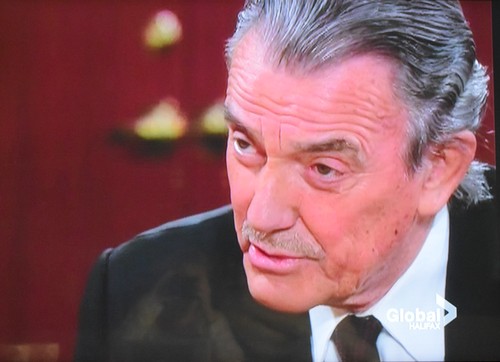 “The Young and the Restless” spoilers reveal that the suspense will continue to build as we learn more about the cabin killer mystery. It seems like Y&R writers are constantly throwing crazy details in this muddled whodunit. Suddenly, Fen (Max Ehrich) appeared with new evidence that pointed the finger at Jack’s (Peter Bergman) doppelganger. When Kyle (Lachlan Buchanan) gave him the news that the police were closing in on the killer, fake Jack seemed concerned. However, the scene almost makes you wonder if Kyle was dropping hints to see how fake Jack would react. After all, Kyle was lurking just outside the cabin after the Valentine’s Day party. It’s very possible that Kyle could have seen Austin’s (Matthew Atkinson) killer and has chosen to keep quiet about it. Why would Kyle stay tight-lipped? Perhaps Kyle could’ve watched fake Jack do the deed. Naturally, Kyle would’ve assumed it was his father and he could be trying to protect him.

“The Young and the Restless” viewers will remember how quick Kyle was to support fake Jack when he returned from his honeymoon and immediately started displaying bizarre behavior. When everyone else wanted to force fake Jack out as CEO, Kyle sided with his dad. It appears Kyle may be willing to stand by his father through anything. Would Kyle even be willing to cover up two murders for fake Jack? You never know. Kyle has been shady from the moment he showed back up in Genoa City. Kyle attempted to pin the blame on Sharon (Sharon Case) throughout most of this story. Maybe Kyle was simply trying to divert suspicion away from fake Jack and Sharon was as easy target.

Of course, there are other options in this scenario. Perhaps Kyle truly is out of the loop. Whether Kyle knows fake Jack was involved or not, he’s undoubtedly puzzled by evidence that suggests a drug lord was involved in the cabin killings. That brings up another important question: would Flack really be that sloppy? If this guy is as good as the FBI claims he is, something just doesn’t feel right about all of this. There has to be some sort of setup in play. The DNA match suddenly isn’t a match any more, but it’s clear that someone wanted the cops to believe the drug lord was responsible.

“The Young and the Restless” spoilers tease that Victor (Eric Braeden) will play a stronger role in the cabin killer storyline. Maybe fake Jack was right about Victor framing him. We all knew it was only be a matter of time before Victor would double-cross fake Jack. Victor wants to ruin the real Jack and he’ll probably try to ruin the fake one, too. The rumors say this could be the beginning of the end for fake Jack, aka Marco Anacelli. Stick with CDL for updates as the mystery of the cabin murderer continues to unfold.

So Y&R fans, what do you think about the idea that fake Jack is the killer and Kyle could know it? Would Kyle lie to protect his father? Do you think fake Jack really killed Austin and Courtney (Kelli Goss)? Could Victor be framing fake Jack so he can get him out of the picture as well? Let us know what you think in the comments below and don’t forget to check CDL tomorrow for the latest “Young and the Restless” spoilers, rumors, updates and news.