The Young and the Restless Spoilers: Tobias Is The Surprise Guest, Exposes Victor – Summer and Kyle Think He’s Cabin Killer?

BY Amanda Austin on May 22, 2015 | Comments: 9 comments
Related : Soap Opera, Spoiler, Television, The Young and the Restless 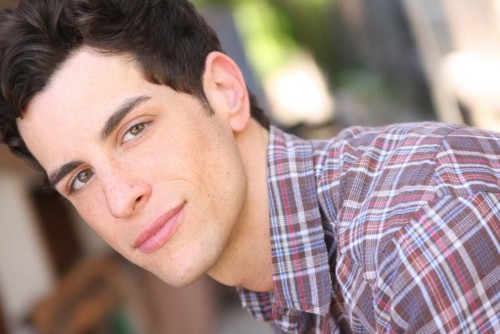 “The Young and the Restless” spoilers tease that Victor Newman’s party on the CBS soap to celebrate the merger with Jabot will be an eventful one – and an unexpected guest will arrive and stir up some major drama. The possibilities really are endless when it comes to people who may have an axe to grind with Victor Newman. But, according to spoilers in the June 1 edition of Soap Opera Digest the party crasher is none other than Victor’s former spy Tobias (Jeffrey Christopher Todd).

Victor Newman (Eric Braeden) paid Tobias to go undercover as an employee at Jabot and funnel him inside information about the Abbott’s business. Apparently, Tobias feels used by Victor and guilty over his role in Newman seizing Jabot. Not only does he crash the merger party – but when he arrives he is drunker than a skunk. According to “The Young and the Restless” spoilers, Victor Newman tries to silence his former accomplice to no avail and Tobias hops on top of the stage, with all eyes on him, and proceeds to try and expose Victor for the man that he really is.

“The Young and the Restless” spoilers in Soap Opera Digest tease, “Tobias pushes his way to center stage and gets everyone’s attention. He declares that he is going to reveal some dirty secrets about the two business titans.” Y&R Head Writer Chuck Pratt Jr. dished on the upcoming storyline and explained in SOD that, “At first the crowd dismisses him for being a drunk party crasher. But, once he starts to call Victor out for his double dealing, implicating him and others in wrong doing, people start to listen. Tobias is desperate to expose Victor so everyone knows the truth about him. Tobias blabs that Victor hired him as a spy at Jabot.”

According to Y&R spoilers, Tobias’s drunken display at the merger party actually ties in to two other crucial storylines. Ashley Abbott (Eileen Davidson) is suspicious already of Fake Jack (Peter Bergman), so you can imagine her confusion when her brother doesn’t recognize their former employee Tobias.

Meanwhile, Summer (Hunter King) and Kyle (Laughlin Buchanan) are still on the hunt for Austin (Matthew Atkinson) and Courtney’s killer – and after Tobias’s alcohol fueled rant, they think they may have found a new suspect. Chuck Pratt dished to Soap Opera Digest, “Summer and Kyle, who have had previous run-ins with Tobias seem concerned with what happened. They think it could all connect somehow to the murders. Is this someone who had a motive to hurt Austin and Courtney? Was there something on Austin’s computer that Tobias needed kept quiet?”

Are you as excited as we are to see the Tobias vs. Victor showdown at the merger party? How do you think everyone will react to Tobias’s accusation? Are Summer and Kyle onto something – could Tobias be Courtney and Austin’s killer? CDL highly doubts it! Let us know what you think in the comments below and don’t forget to check CDL tomorrow for more “The Young and the Restless” spoilers and news!