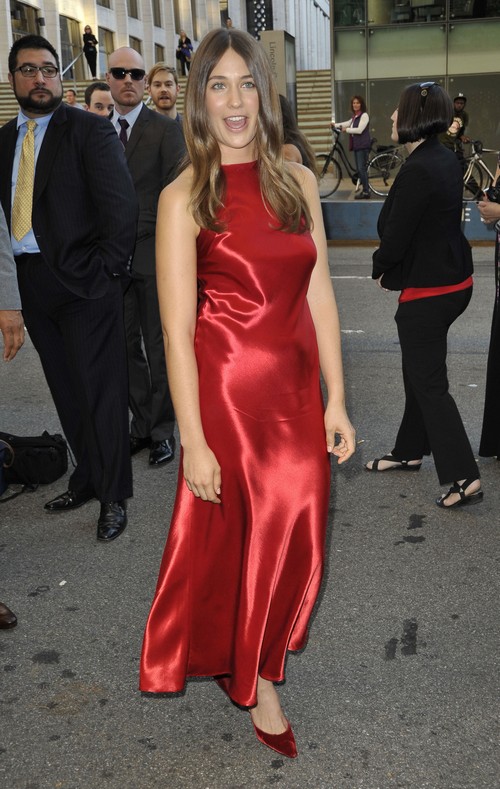 Tom Cruise has been searching for a new wife for over a year now, and it looks like he may have finally found her! Tom Cruise is reportedly smitten with his much younger co-star Lola Kirke. Lola is almost 30 years younger than her 52 year old “Mena” co-star, but according to a new report Tom is certain that she is the woman for him. But, does Lola feel the same way about Tom that he does about her?

According to the June 22 edition of In Touch Magazine, Tom was instantly attracted to the young actress when he met her on the set of “Mena,” and they have been getting to know each other while working together. An insider dished to the magazine, “He’s in hot pursuit of Lola. Something about the fresh-faced Bohemian actress has really turned him on, and now he’s already sizing her up to be wife number 4. Tom loves her doe-eyed reaction to his stories and insights. They have become extremely close in a matter of weeks.”

So, Tom is already planning his and Lola’s wedding, it doesn’t really sound like she has much say in it. The irony is – he and Lola Kirke aren’t even dating yet! In Touch Magazine’s inside source went on to say, “Lola told others on the production how handsome and ingratiating she finds Tom. It’s obvious she’s not immune to his superstar charms. But, she’s wary of his reputation – she’s heard the Scientology stories and tales of Tom’s controlling behavior.”

Since Tom Cruise and Katie Holmes’s messy divorce the actor has been reportedly on the prowl for a new wife. There is something creepy about the way he is going about it though, and he even has been reportedly having his staff vet girls and make them fill out applications. We don’t exactly blame Lola Kirke for being “wary.” Do you think that Tom may have finally found wife number four? Don’t you think he should ask Lola out on a date before he starts planning their wedding? Let us know what you think in the comments below!