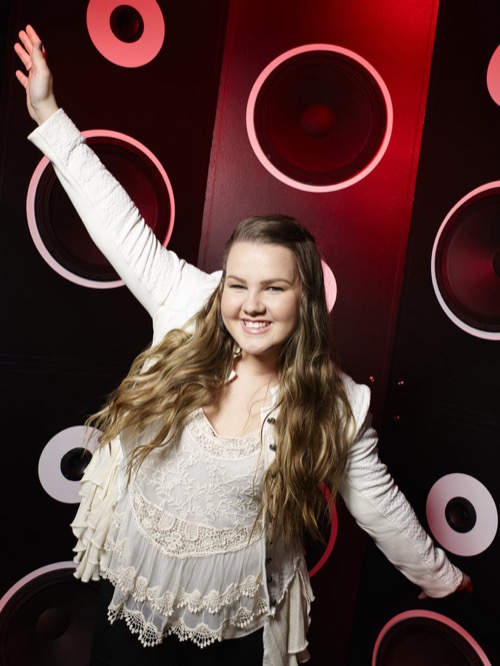 Shelby Brown of Team Adam Levine sang, “Even God Must Get the Blues” by Jo Dee Messin this week for her song choice.  On tonight’s show the top nine artists performed live in front of coaches Adam Levine, Blake Shelton, Gwen Stefani and Pharrell Williams for America’s votes. Each of the Top 9 will have to give the performance of a lifetime to make it to the finale next week.

On tonight’s episode Shelby sang “Even God Must Get the Blues” by Jo Dee Messin and this is what the judges said about her rendition: “The crowd digs the beautiful number. Comments start with Blake who says she sounded amazing and says it was perfect, wow. Pharrell says he sees confidence and says she connected to the moment well. Gwen says she was so calm and it’s her favorite performance of Shelby’s in its understatement. She says it’s warm and she’s a really good singer. Adam says Shelby has driven him crazy and she says it’s mutual. Blake stands to applaud that. Then Adam says she deserves to go to the finale and says he’s beyond proud.”

Check out the video below and let us know what you thought of Shelby Brown’s performance? Was it enough for her to move on to survive tomorrow’s elimination and move on to next week’s Finale? Did you miss any of the other artist’s performances? If you did, you can see them all HERE! Sound out in the comments below and let us know your thoughts were of tonight’s The Voice Top 9?