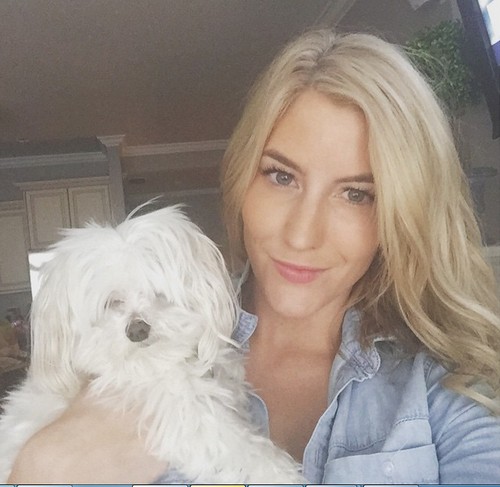 Whitney Bischoff is lonely and celebrating the six month anniversary of her engagement to her fiancé, the Bachelor, Chris Soules, and unfortunately she is spending the time alone. In what should be a joyous occasion for the couple, Whitney has taken to Instagram to share a photo from the show, when Chris proposed to her, with the caption, “#tbt can’t believe this was almost 6 months ago…seems like just yesterday!”

Chris Soules also took to Instagram, but not to wish his fiancé a happy anniversary. He posted a photo of his former Dancing With the Stars co-stars wishing them luck. He writes, “It has been great getting to know each one of you. Good luck with the rest of the competition. I’ll be cheering for you!” Soules made no reference to Whitney’s post and did not even comment on it. More recently, he posted a photo of a dog; still making no reference to his wife although it is probably a good thing that he didn’t mention her in that picture.

So where was Chris Soules? Well, we recently reported that he was becoming a fame obsessed individual, so where do you think he was? That’s right, Soules was attending an event in Los Angeles, where he revealed to US Weekly that he had no plans of seeing his future wife any time soon.

“Right now, we’re in the middle of planting season, we should warp up late May, and once I’m done with that I’ll spend plenty of time in Chicago.”

Of course, Chris isn’t the only one bailing out on this relationship. We recently reported that the couple was having differences, and that Whitney Bischoff had not attended Chris Soules’ final two appearances on Dancing With the Stars.

A source told Radar, “Whitney thought being on The Bachelor was fun because she had truly fallen in love with Chris. She wants to leave that behind and focus starting her life with Chris away from the glare of Hollywood in the Midwest. Chris just doesn’t seem ready to give that up, however.”

At this point, we’ve given up all hope on this couple getting married, but have you? Let us know what you think in the comments below.