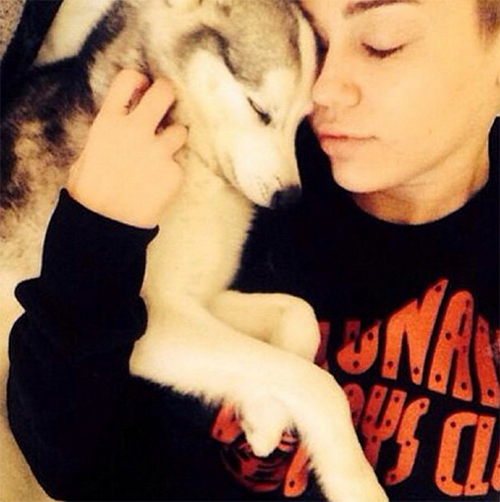 The Voice spoilers revealed earlier this month that Miley Cyrus would be joining Season 11 of the NBC singing competition as an official coach, replacing Christina Aguilera. While the younger crowd of The Voice fans were thrilled by the newest addition to the cast – one of the members of the cast is not too happy about sharing screen time with Miley Cyrus.

The Season 11 The Voice cast includes Blake Shelton, Adam Levine, Miley Cyrus, and Alicia Keys. You would think that of the other three coaches, Miley would most likely be get along with Adam Levine the best – but that is not the case. Miley and Adam seem totally compatible, but it turns out they have nothing in common, and Adam is not happy she will be a coach next season.

An inside source dished to US Weekly, “They both have short attention spans. They find each other annoying. Adam would get agitated when Miley would interrupt him, and she enjoyed getting under his skin.” The set source went onto say that, believe it or not, Blake Shelton adores Miley, and he is thrilled to have her join the team. So, at the end of the day, it is going to be Adam versus Blake and Miley.

Adam Levine has been with The Voice for many seasons, and you would think that his opinion mattered to TPTB. NBC seems convinced that Miley Cyrus is going to be a ratings goldmine though, so even if Adam Levine does try to convince producers Miley isn’t a good fit – nobody is going to listen to the Maroon 5 singer.

What do you guys think of Miley Cyrus joining the cast of The Voice? Do you blame Adam Levine for being upset? Do you think he will try to get Miley kicked off the show? Let us know what you think in the comments below!