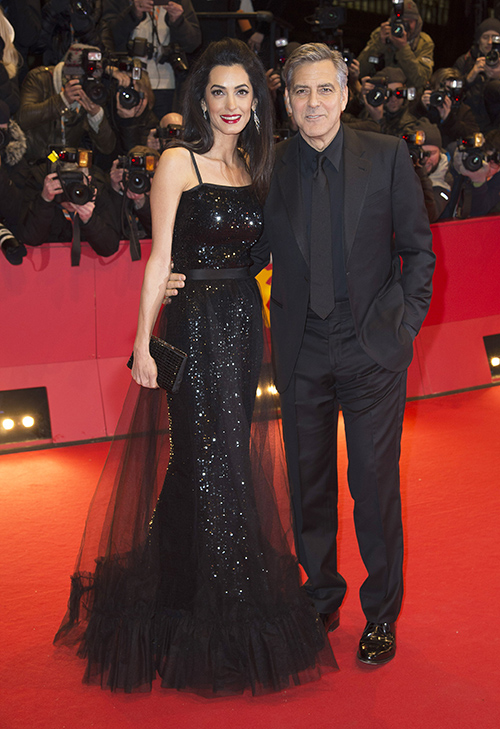 Amal Alamuddin might want to loosen up the reins a little bit on George Clooney. Alamuddin has reportedly demanded that the Oscar-winner give up his yearly “guys only” motorcycle getaway with buddy Rande Gerber.

Every wife knows that there’s a lot of compromise that is necessary for a happy marriage. Did Amal not get that memo? You definitely need to let a man who has been a confirmed bachelor for decades enjoy guy time!

According to National Enquirer sources, this latest argument over the motorcycle trip has turned into a much bigger argument than need be. And if Amal doesn’t back off and let George enjoy some time away, the world-renowned lawyer could find herself on the receiving end of divorce papers.

An insider came forward to divulge, “[Amal] had to give in last year because it was the first trip since their wedding, but she’s putting her foot down for year two!”

Apparently, this argument has been raging on for months and it has turned into an all-out, real-life version of the movie “War of the Roses.” George reportedly was so peeved after the latest screaming match he took off on his motorcycle to get away from Amal’s shrieking.

As previously reported, Amal Alamuddin wants control over everything in George Clooney’s life. Alamuddin has supposedly demanded Clooney cut ties with buddies from his bachelor days. And the one friend Amal wants out of George’s life is Rande Gerber. The insider revealed that Amal thinks Rande is just an older version of a frat boy and is a bad influence on George.

Will George and Rande embark on their yearly two week motorcycle trek whether Amal likes it or not? The source revealed that Rande and George have traveled the world on their choppers for 15 years. Is Gerber’s wife, supermodel Cindy Crawford, whining and complaining because her hubby takes off for a couple weeks with George?

Believe it or not, George Clooney may cave in to Amal Alamuddin’s demands and forgo the trip with Rande this year. Maybe Amal will keep her promise to George and get pregnant just to keep the Oscar-winning actor at home and away from Rande Gerber.