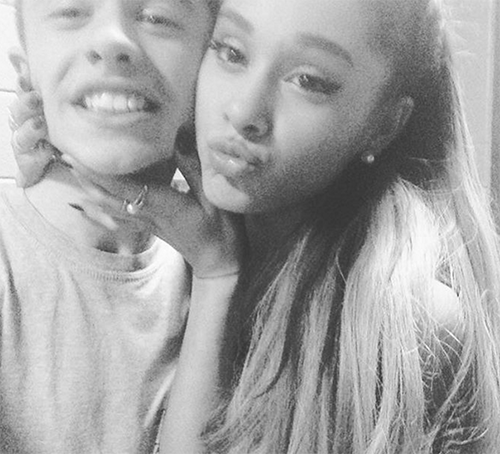 Is Ariana Grande planning a bold new career move? That’s what everyone can’t help but wonder as the ‘Dangerous Woman’ revealed that she might make a possible country crossover happen in the future. In fact, Ariana might become the next Taylor Swift by tapping into a whole new genre while expanding her fan base at the same time.

While there’s no doubting that Ariana Grande is a chart topper with a string of radio hits, including ‘Into You,’ ‘Break Free,’ and ‘One Last Time,’ the South Florida native is yet to become a pop princess with the same caliber as Taylor Swift. Taylor Swift is a PR mastermind who has managed to combine the buzz surrounding her personal life into instant hits.

After all, Taylor has built her career on writing break-up songs about her ex-boyfriends and about her famous feuds with former friends such as Katy Perry. The things that Taylor says, does, and even wears never go unnoticed, as her carefully crafted image is what sets her apart from other pop stars. People often forget her country roots. Taylor Swift is like no other.

Ariana Grande, on the other hand, has had a reputation for being a difficult diva and, of course, a spoiled brat who was caught disgustingly licking donuts on camera. Unlike Taylor Swift, who has high-profiled relationships with some of the biggest celebrities in the world, like Harry Styles, Calvin Harris and Tom Hiddleston, Ariana’s love life has failed to garner the same level of interest. So it’s no wonder that Ariana’s next career move is a rather bold one, as she is apparently willing to crossover to the country music market. At this point in her career, does she really have anything to lose?

According to Entertainment Tonight, Ariana said, “My grandpa, he always wanted me to do something in the country world. I don’t know if that would ever happen, but if that opportunity comes along, I’d have to say, ‘Hell yeah!’ My grandpa was like, ‘You need to do a country song.’ So, [I] gotta make that happen someday.”

Of course, even if Ariana did consider dipping her toes into the country music world, it wouldn’t be an easy transition. Maybe fans in the country music industry don’t even know her music, let alone recognize her name. Then again, no one would have guessed ten years ago that Taylor Swift would also become the one of the biggest pop stars on the charts today. What do you think, CDL readers? Does Ariana Grande have a chance of making it big in country music?

#DangerousWomanTour 💘 when are you coming? ♡