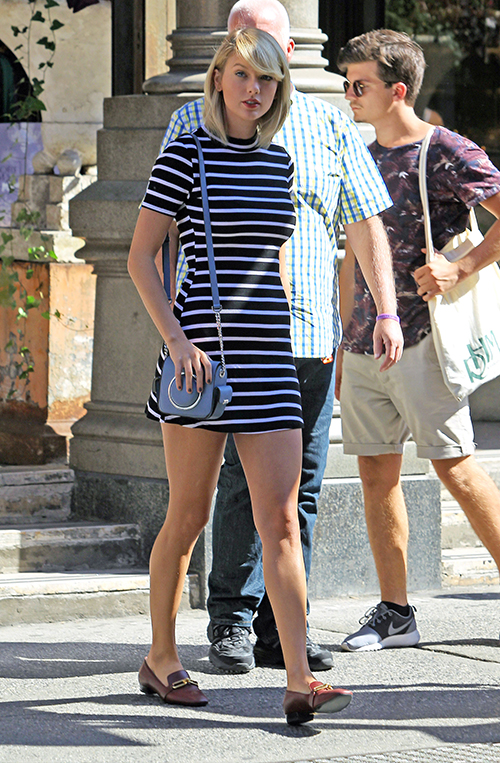 Taylor Swift is looking for another boyfriend. There’s new speculation that Taylor Swift might be looking to date Hollywood actor Zac Efron after her disastrous break ups with ex-boyfriends Calvin Harris and Tom Hiddleston.

Is Taylor Swift trying to make Tom Hiddleston jealous with a Zac Efron romance? Will Taylor Swift and Zac Efron’s relationship last? Is Taylor Swift seeking revenge on her ex-boyfriends by dating a handsome actor? That’s what fans can’t help but wonder as Taylor Swift is apparently jumping from one boyfriend to another with lightning speed.

According to In Touch Weekly, close friends of the ‘Wildest Dreams’ singer say she already has her sight set on Zac Efron, as the two have supposedly been caught flirting with each other in the past. One source dished, “Taylor has been talking about him nonstop since her breakup with Tom. She’s always said she feels a strong connection to Zac, but could never act on it because they’ve always been dating other people. Taylor and Zac have always been pretty flirty with each other. She’s reached out to Zac and told him that they should hang out and maybe go to dinner together, and he’s into it. It just hasn’t happened yet because of their schedules.”

At this point, it’s pretty clear that Taylor Swift is a celebrity who simply can’t be alone. The chart topper moves from one boyfriend to the next in a matter of weeks and then dumps them when things aren’t going her way. Rather than work on her relationships or prove to her boyfriends that she cares, she tries to make herself look like the victim in the press before finding a new, and hopefully more successful, celebrity to date. Unfortunately, Taylor Swift’s boyfriends don’t realize this as they continue to fall for her deceitful ways.

Of course, there’s also no denying that Taylor Swift would use Zac Efron as part of another PR ploy to help repair her damaged reputation. Zac Efron’s personal life has been riddled with drug rumors and rehab. Surely, Taylor Swift would love to play the part of caring girlfriend who helps him stay clean while keeping him away from his demons.

Anyone who can see through Taylor Swift’s PR game knows that her main concern will always be herself and her public image. If a Taylor Swift and Zac Efron romance does happen, the singer will end up using him the same way she used Calvin Harris and Tom Hiddleston. Do you agree, CDL readers?