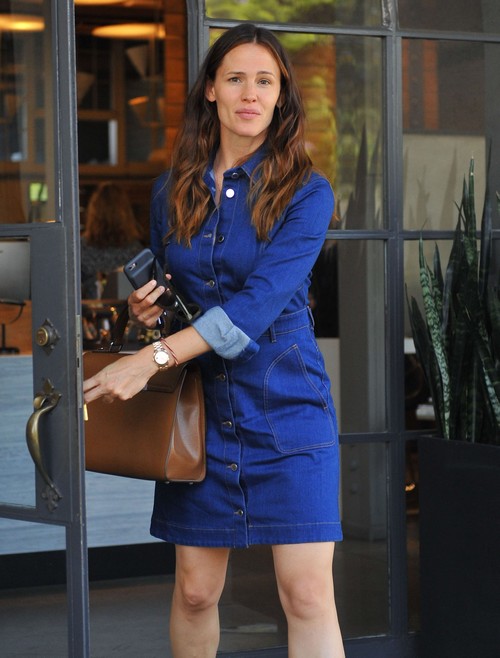 While there’s no doubt that Ben Affleck and Jennifer Garner’s marriage has definitely seen it’s fair share of drama, the couple has been “living separate and apart” for well over 12 months now. Even Ben Affleck’s cheating scandal from last year hasn’t made Jennifer Garner divorce her husband yet.

The Hollywood couple has often been seen playing ‘happy family’ while taking care of their three children, Violet, 10, Seraphina, 7, and 4-year-old Samuel for the paparazzi cameras.

Yet there’s a new report that says Ben Affleck and Jennifer Garner’s separation may not be completely true. And that’s because the couple has still been living in the same house, even though Ben Affleck is supposedly living in the guest quarters. According to Jennifer Riemer, an attorney in Los Angeles, California law says that spouses “must live in separate residences in order for their earnings and accumulations to be their separate property.”

Riemer further explained, “Basically before [the law changed] the date of separation was when the community property ceases, which is important because if one person is expecting a big bonus, or is filming a movie, those earnings would not be that person’s separate property, because they are not considered separated. Before, even if they were living in the same house, generally a date determined the start of separation. The importance was you could still be living together and be officially separated.”

In other words, Ben Affleck and Jennifer Garner’s marriage has been in tact this entire time. But then again, anyone can see that as it doesn’t look like either party plans on filing divorce papers anytime soon. If things were really that bad for Ben and Jen, he wouldn’t be living in their guesthouse – instead he would be at a Bachelor pad across town with plenty of guests rotating on a nightly basis.

But it seems like Ben Affleck’s family means so much to him that he’s willing to stay put, even if his marriage to Jennifer Garner is still on the rocks. Tell us CDL readers, what do you think? Will Ben Affleck and Jennifer Garner’s divorce ever happen or will they continue to live “separate and apart” for more years to come? Drop us a line with your thoughts in our comments section below.