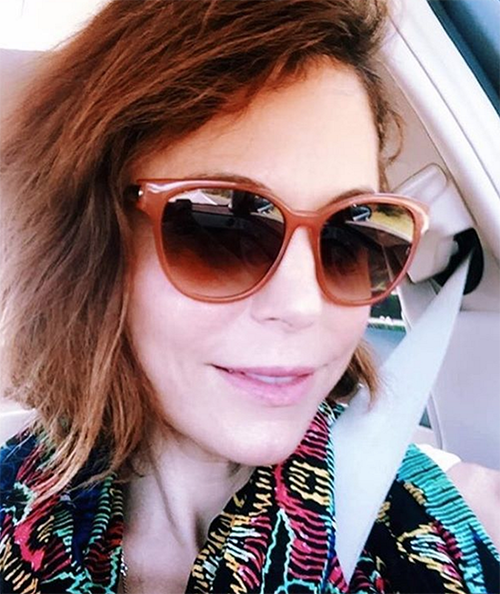 This might be the beginning of the end for reality television star Bethenny Frankel. ‘The Real Housewives of New York’ veteran, who already has a hard time making friends and allies in the entertainment industry, swiftly got fired from her SiriusXM show after having a major public meltdown at a recent Hamptons party.

According to the New York Post, Bethenny allegedly threw her drink at two women who refused to move during a VIP Coldplay concert in the Hamptons that was sponsored by SiriusXm. The radio giant pink-slipped the single mother for apparently acting like a nasty diva and acting if she were the most important person in the room, despite being surrounded by A-list guests like Jay Z and Beyonce.

One source dished, “They were prepared to give Bethenny her own show, but they ripped up the contract after that night. Bethenny started poking and pushing them. Then, when they didn’t move, she went to the bar and got a mixed drink and threw it over them.”

After the incident, one woman supposedly complained to SirusXM execs, who gave Bethenny Frankel the axe for her very bratty public behavior.

Of course, this shouldn’t surprise both fans and critics alike who have been following Bethenny’s struggle to reach the top of the celebrity ladder for quite some time now. There have been plenty of reports of Bethenny acting like a diva and refusing to cooperate with her ‘Real Housewives of New York’ co-stars simply because she thinks she’s a bigger and better name than the rest of them.

Yet, Bethenny’s ego might be getting the best of her. This isn’t the first time she’s been fired or let go from a solo project. Her talk show, ‘Bethenny,’ tanked in the ratings before it was taken off the air back in 2014 and her RHONY co-stars have long been campaigning to get her fired from the show because of her diva antics.

Bethenny Frankel’s hot-headed anger issues might end up destroying her career for good and pushing her into celebrity obscurit. If she continues to act like an entitled person who throws hissy fits at private parties, then her time in the dim limelight might be coming to an end.

Bethenny claims to be a self-proclaimed ‘truth teller’ in the media, but at the same time, it’s also making her one of the most-hated celebrities in the entertainment world. Do you agree, CDL readers?

HBD to the amaze @kellyripa! xoxo

Ready to get down w the amaze food @ Savor King of Prussia for an Evening of Giving. Who’s w me? #EOGatKOP @kop_mall