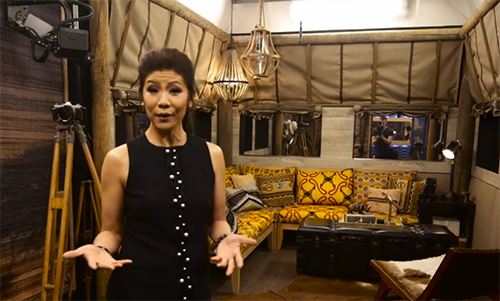 Big Brother 18 is right around the corner and, if you’re like us, then you can’t get enough Big Brother 18 spoilers. Earlier, Julie Chen, Big Brother’s undeniably awesome host, gave the world a tour of the BB18 House. This year, the house is centered around an international summer vacay theme. Let’s just say we’re sad we’re going to be watching the game from home.

All spring, fans of the summer reality show have speculated about how the upcoming season will be structured. While we don’t have a great amount of details, we can say for certain that the Battle of the Block will NOT be returning – despite some earlier chatter that suggested it might return. That piece of information was revealed by Rich Meehan, who produces Big Brother alongside Allison Grodner. Together, they sat down in an interview with The Hollywood Reporter to dish on the upcoming game.

On the subject of the BotB, Grodner adds that a new Sunday competition will be added to the game, which will more likely than not spice up how the HoHs are determined. Supposedly, this new comp is going to raise the stakes incredibly high.

“You want competitions that have stakes, that really mean something,” they say. “This new competition really does that. So the nominations fall somewhere in the middle and then this competition and then, you’ll see.”

Supposedly, there’s going to be a new type of ceremony at the end of all the craziness, so let’s prepare for that.

The EPs also say that, this season, you’re DEFINITELY NOT going to want to be a Have Not. Now, nobody ever really wants/desires/longs to be a Have Not, but it seems that, this summer especially, the HGs are going to want to do everything they can to avoid falling into that trap. The Have Not room, however, stays with the theme of the House and will embody another epic summer destination.

What do you think about the BotB revelation? Are you getting pumped up for the 18th season of Big Brother? Be sure to keep checking CDL for all of your Big Brother spoilers, updates, gossip, and news! Check out the list of Houseguests who’ll be competing this summer.