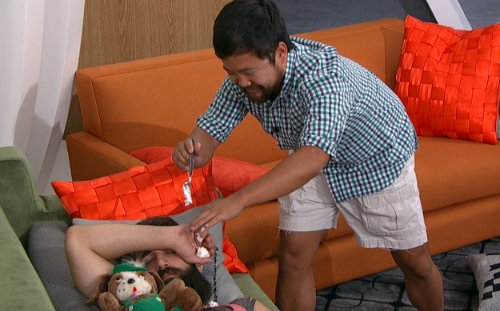 Big Brother 18 spoilers reveal tons of great action from the Live Feeds – only some of which we’ll see in the upcoming BB18 episodes. James is already making trouble in the house with hilarious pranks and one guy is in too deep with more than one showmance.

But most staggering of all the revelations from the Live Feeds is that the band of newbies, for the most part, seems to be totally clueless about the game of Big Brother – Paul and Jozea, in particular. Here’s a rundown of some of the recent action to catch you up.

James is known for his pranks. BB17 watchers will remember him hiding under beds and in closets to pounce on the unsuspecting and it was amazing. He’s brought his sense of humor back to the BB18 house with him. 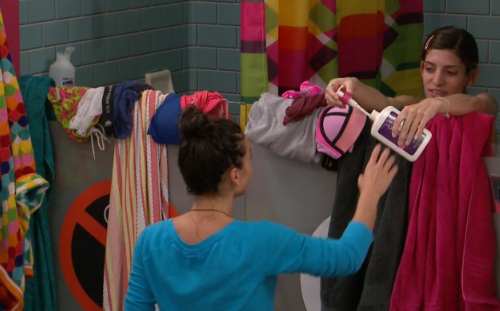 One of the best was when James filled a bottle of lotion with mayonnaise and Natalie smeared it all over herself. Bronte figured it out when she was spreading on lotion and smelled it but clueless Natalie had already used it.

Bronte screamed out “James!” In addition to setting up pranks, James was busy crushing on both Nicole and Natalie. He loves the ladies… In the kitchen, James set up stuff upside down to spill and pranked Paulie and Frank. James also piled whipped cream on a sleeping Paul.

Meanwhile, Paulie has been cuddling with Zakiyah a lot and it sure seems like a showmance is brewing there but that’s not the only lady Paulie has been getting close to. It turns out Bronte also digs Paulie and Zakiyah has noticed and doesn’t like it. 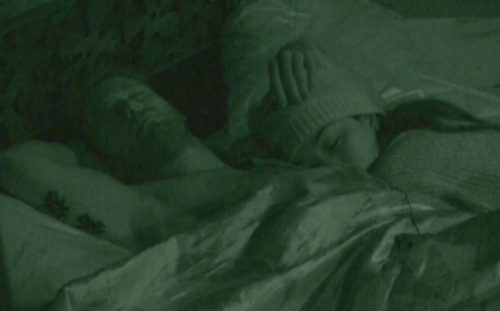 Bronte insists later that she is NOT crushing on Paulie but says he’s the most beautiful man she’s ever seen. Hmm… Meanwhile, the newb group “Revolution” is certain that Paulie is headed home because they think they have this on lock.

Natalie and Bronte bring up the question of why Paulie isn’t upset that he got nommed and doesn’t seem stressed about the eviction vote. Paul tells them that Paulie is chill because he’s accepted his fate. Watching them talking is mind-boggling – they are just oblivious!

Jozea is a shoo-in to go home at the eviction vote yet he remains clueless and is making plans for his reign as HOH. Jozea tells Paul that he’s going to let people self-nominate to go on the chopping block. Equally clueless Paul has an idea to add to that. 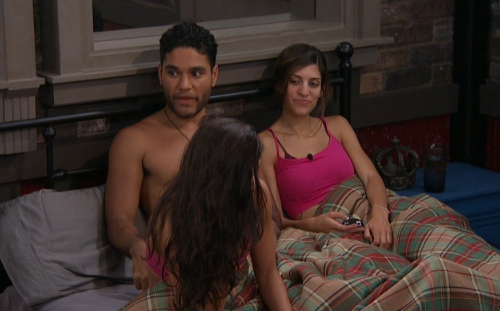 Paul thinks everyone else should drop out of the PoV competition and allow the two nominees to go head to head. Seems like they forgot there’s a third nom with Roadkill. Also, for the upcoming vote, Jozea seems to think he can count on Bridgette.

Paul has to explain to him that Bridgette doesn’t get to vote because she’s also a nominee. Turns out lots of these newbies have NOT watched much Big Brother at all. That explains a lot – but not why they wanted to be on Big Brother 18.

Jozea asked the others what Zingbot is – that’s the icing on the clueless cake. It seems like these newbies wandered in here randomly. On the other hand, is this genius casting by CBS? In recent seasons, there have been some superfans that killed it. 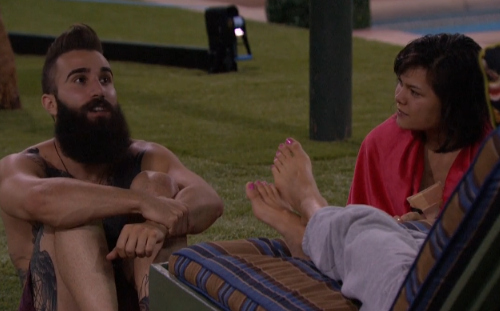 Big Brother 18 spoilers tease that the BB18 casting search may have intentionally sought out those who want to be on reality TV but know little about the show – to make it harder for them to take on the veterans even though they should have been able to rule the house by the numbers.

If this is true, then there’s evil genius in the Big Brother production and casting office. Who is Zingbot indeed??? Paul told the others he intentionally didn’t watch past seasons because he wanted to play by “instinct.” That’s laughable and will be fun to watch for as long as it lasts.

What do you think BB18 fans? Are you stunned at these newbies lack of gameplay finesse? Are you thrilled to have James back and up to his old shenanigans? Will Paulie fall down the showmance rabbit hole and kill his chances of sticking around?

Share your comments below and check back with CDL often for more Big Brother 18 spoilers plus Live Feed and competition updates and LIVE recaps of every episode.