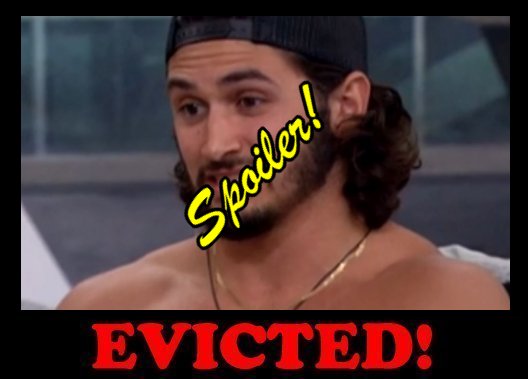 New Big Brother 18 spoilers tease that Victor was evicted on the BB18 episode taped Monday night that we’ll see air on CBS tonight and it also leaked that Paul won the new HoH comp and will have a heavy hand in deciding who heads to Final 3.

The Live Feeds have been down since Monday because the schedule has shifted for a Fast Forward week. BB18 feed watchers already know that Victor was the target for eviction and leaks from the show indicate that the Puerto Rican sensation was indeed evicted.

The big deal from there is who won the next HoH comp on the Fast Forward. With just four left in the house – Corey, Nicole, Paul and James – and Corey not eligible to play, it was highly competitive. Leaks from Miss Cleo, who seems to know her Big Brother stuff, reveal the winner. 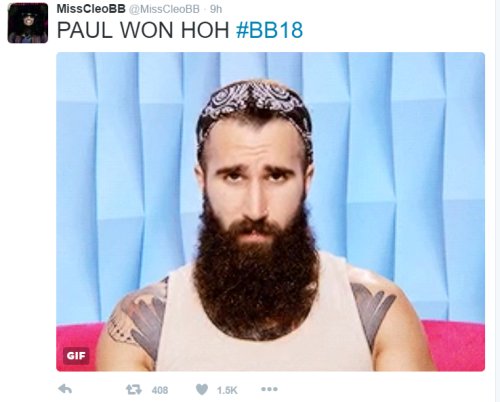 According to the leaks on Twitter, Paul Abrahamian has won the next HoH comp and that means it’s very likely he’ll put Corey and Nicole on the block together. All four will play in the Power of Veto comp, no matter who’s on the block, but they seem likely for noms.

First, Paul was upset that they put him and Victor on the Chopping Block together and will want to return the “favor.” Second is that Paul has been working on James on a Final 2 deal. The question is, though, does James already have a Final 2 deal with Nicole and will he honor it.

Let’s consider how this could play out.

#1 James evicted – Corey and Nicole on the block, Corey wins PoV, pulls himself down, James is renom. Corey votes to evict James instead of showmance partner Nicole.

#3 Nicole evicted – The least likely of the scenarios because Corey is a comp beast who could dominate the final HoH. This one isn’t even worth discussing.

#4 Corey evicted – Alternate scenario. Nicorey on the block, Nicole wins PoV, Nicole pulls herself off the block. James is renom. Nicole votes to evict Corey to honor F2 with James. 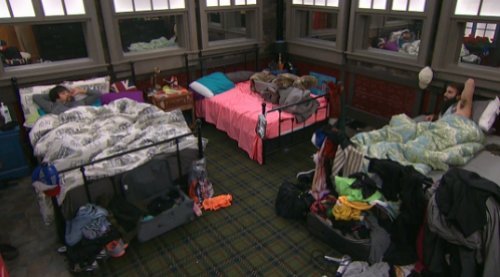 James is likely to be evicted only if Corey wins the PoV. Then again, Corey is a comp beast, so it could happen, even if it’s a mental comp. We’ll see how it goes down. If Paul wins the PoV, he’ll leave the noms the same and James will be the deciding vote and will oust Corey.

If Corey doesn’t win PoV, we’re looking at Nicole, Paul and James moving into F3. That’s two halves of a showmance and one Sitting Duck as we head into the home stretch of BB18. Otherwise it’ll be the showmance with Paul as a third wheel.

Tune into CDL tonight for the LIVE recap of the next BB18 installment as we see Victor evicted and (most likely) Paul installed as the next HoH and putting Nicole and Corey on the block. Then on Wednesday’s episode, we’ll see the PoV play out and another eviction to reveal the Final 3.

Check back with CDL often for all the latest Big Brother 18 spoilers, news and more.