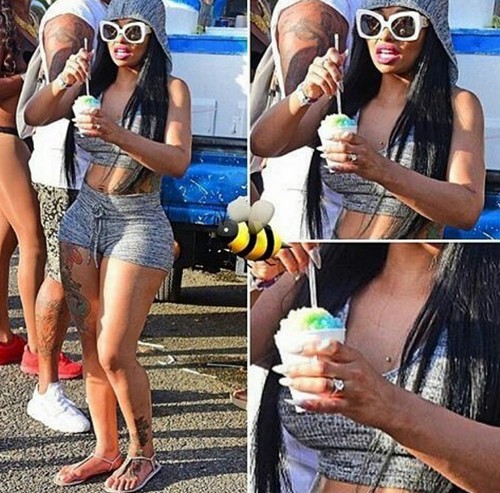 Are Blac Chyna and Rob Kardashian engaged? It certainly looks that way, Chyna was spotted rocking what appears to be a ginormous engagement ring on her wedding finger – and she is certainly not trying to hide it up. After her arrest, Chyna hopped on a plane with her BFF (and Kanye West’s ex) Amber Rose and headed to Trinidad for an appearance at Carnival 2016.

Some photos emerged of Chyna in Trinidad sporting her new engagement ring and sent tongues wagging.

Rob Kardashian and Blac Chyna confirmed their romance less than a month ago – and the duo appear to be head over heels for each other. It really is the trashiest Romeo and Juliet romance we have saw to date. It’s no secret that Rob’s family despises Blac Chyna and Amber Rose, however recently Amber and Kim buried the hatchet by posting selfies together on social media.

Could Kim be trying to make amends with Amber and Chyna because Chyna is about to become a bonified Kardashian?

One thing is for sure, since Rob and Chyna began dating the troubled reality star seems to finally be making some positive changes in his life. And, the fact that he is about to be married could definitely be the reason behind his sudden change of heart. 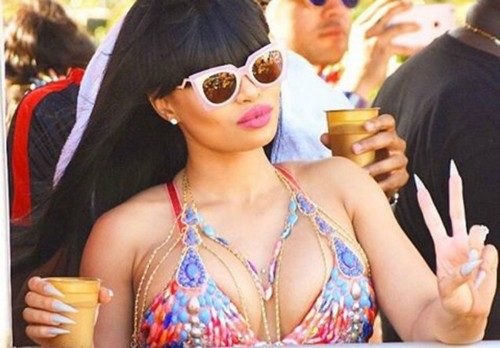 Now, the obvious question remains. Is Chyna really that in to Rob Kardashian, or just trying to use their relationship to infuriate Rob’s little sister Kylie Jenner – whom she was in a public feud with for over a year? In Rob’s defense, he could be using Blac Chyna for the same reasons.

Either way, this is definitely a marriage we could get behind. Who doesn’t want to see Rob Kardashian happy after all of the pain and drama his family has put him through? What do you guys think? Are Blac Chyna and Rob engaged? Is Tyga’s baby-mama about to become Mrs. Kardashian? Share your thoughts and theories in the comments below!

See whose gat an engagement ring on……. #blacchyna…….