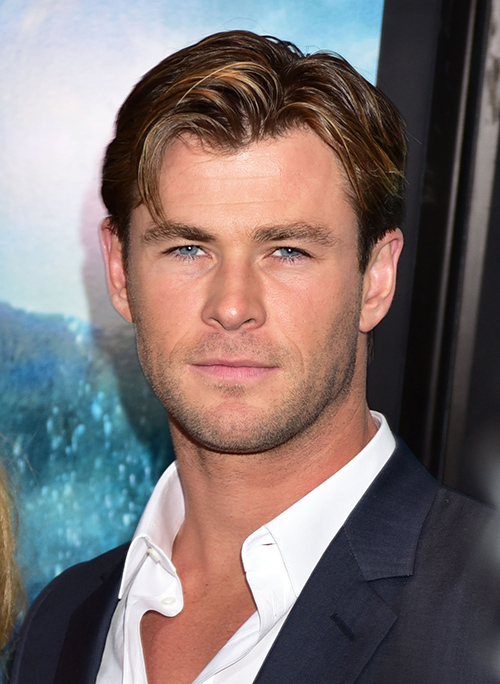 Does Chris Hemsworth deny that Liam Hemsworth and Miley Cyrus’ relationship is back on? Does Chris not approve of his little bro dating Miley Cyrus, the sometimes controversial popstar? We have been watching the relationship of Liam and Miley grow back together at a very rapid pace as of late. Between the trip to Australia, the engagement ring back on Miley’s finger, and the U-Haul moving her belongings into Liam’s Malibu home…all things seem to point to the fact that the lovebirds are indeed back together. So what gives, Chris Hemsworth?!

Hollywood Life has reported that big brother, Chris Hemsworth, was doing an interview on Australia’s The Kylie & Jackie O Show on January 19 when he was asked about the validity of his little brother getting back together with Miley Cyrus. His reply was a little surprising though!

“Not that I know of mate. I would find out through the press. I find out last most of the time.” Okay good. That isn’t really a denial. It’s actually Chris admitting that he is out of the loop on his brother’s love life and I will bet if he really didn’t know about Miley and Liam moving in together, well…he probably got on FaceTime with Liam shortly after the interview to give him a hard time for not keeping him up to date on the whole thing. Brothers will be brothers, you know.

Pretty sure that we all know what’s really going on with Liam Hemsworth and Miley Cyrus, even if Chris wants to keep his involvement to a very small part.

What is Chris Hemsworth up to these days? There is no denying we all enjoy a nice, healthy dose of that pretty man now and then. Up next to the big screen will be The Huntsman Winter’s War, where he will star alongside Emily Blunt and Charlize Theron. This one is set to release on Aprill 22nd. After that, the highly anticipated Ghostbusters will hit the big screen on July 15.

Melissa McCarthy and Kristen Wiig will be joining the Paul Feig directed film. In 2017, we can look forward to Chris appearing in his next role as Thor in Thor: Ragnarok. Plenty to look forward to from Chris Hemsworth in the coming months!