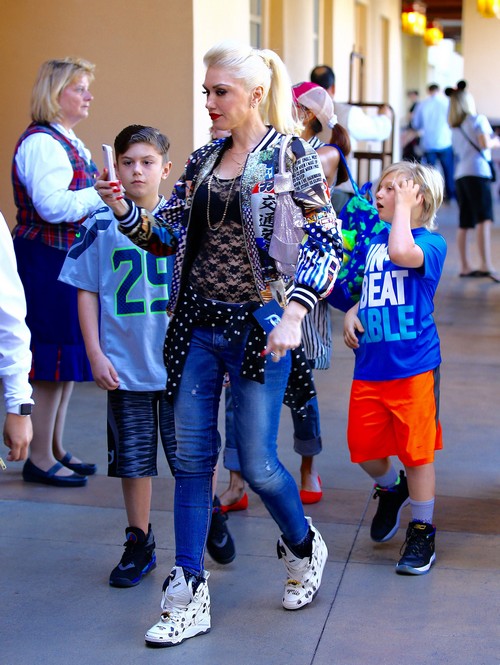 The feud between coach Christina Aguilera and Gwen Stefani, Blake Shelton’s new girlfriend and advisor is not going away any time soon. The competition is really heating up on Season 10 of The Voice – both on stage, and behind the scenes. As a matter of fact – it’s getting worse!

Now, Christina Aguilera is reportedly furious over fat paychecks that Gwen Stefani and Blake Shelton are receiving on the side to basically make out on camera when they are filming live episodes of The Voice.

Christina Aguilera was always the Queen of The Voice – basically because she was the only woman on The Voice. So, when Gwen Stefani filled in for her and in two seasons stole Christina’s fans, and Blake Shelton, and won over the producers, Aguilera was furious.

When Christina realized that no one was even missing her any more on The Voice, she demanded to return and wanted her judges’ chair back from Gwen. But, to add insult to injury, NBC didn’t fire Gwen – they gave Christina back her chair, but they kept Gwen on the show!

According to a new report from OK! Magazine, part of the reason that Christina Aguilera is so jealous of Blake and Gwen’s showmance – is because there is money involved. Apparently, the couple receives a check every week on top of their regular salary, just for bringing their relationship on to The Voice.

Plus, on top of that they get bonuses for every time they kiss while the cameras are rolling – or do anything else “relationshippy.” And, NBC is offering Gwen and Blake a FAT check, if they get engaged on the singing competition.

We’re going to have to agree with Xtina on this one. How is it fair that she makes less money that Gwen Stefani just because she isn’t hooking up with one of the judges? According to OK! Magazine, Christina is running around The Voice set and claiming that Gwen is “not vocally talented” and the only reason she is still on ‘The Voice’ is because of her relationship with Blake Shelton.

What do you think Voice fans? Are you Team Christina or Team Gwen? Is it fair that Gwen Stefani is receiving bonus checks to basically smile on camera with her boyfriend? Share your thoughts in the comments below!