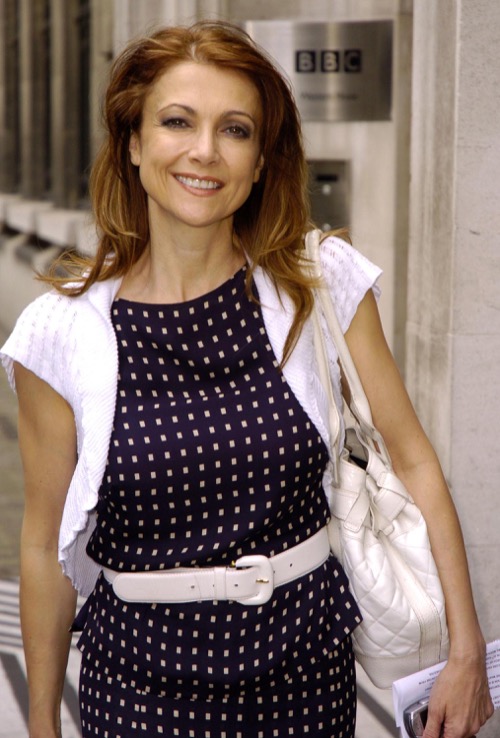 Emma Samms who used to star on General Hospital is rumored to be heading to Dancing with the Stars Season 23. The ABC network doesn’t comment on rumors, but the upcoming season of “Dancing With The Stars” (DWTS) has been filled with rumors about various Olympians to actors to reality stars. The official cast list will be announced on Tuesday, August 30th on Good Morning America. Be sure to tune in to find out who will be joining the 23rd season of the dancing competition, Dancing with the Stars.

For a long time, there had been speculation that Robert Palmer Watkins, the General Hospital star would be joining the dancing cast, but like all rumors, it fizzled away. ET has revealed that Emma Samms, the actress best known for her role of Holly Sutton on General Hospital, and for the actress who replaced Pamela Sue Martin, in the role of Fallon Carrington Colby on the primetime soap, Dynasty. It appears that Emma Samms will be the GH soap star competing for the coveted Mirrorball Trophy.

Emma Samms will be joining a great cast this year. We have already heard that Olympian Ryan Lochte is on the elite list, even after all the drama and negative press he received while in Rio de Janeiro this past summer. Ralph Macchio, a former contestant on Dancing with the Stars, says it’s ‘too soon’ and “it’ll be tough for him to spin it this quickly.” Do you think Macchio is right? Is it too soon, do you think he could survive even the first few weeks?

Maureen McCormick has also joined the cast. She made her acting debut at the age of 9, and later became famous for her role as Marcia, the oldest daughter on The Brady Bunch. It will be fun to see the 60-year-old actress on the show. Remember when her TV mom, Florence Henderson competed on DWTS in 2010? Ironically, she was eliminated the week she danced to the theme to their television series!

Reality Star Terra Jole has also been confirmed for this upcoming season. She is one of the stars in the hit series, Little Women L.A. She has recently given birth to her second child with husband, Joe Gnoffo and is already mom to 1-year-old Penelope. It was announced recently that Jake T. Austin, best known for his role in Wizards of Waverly, as well as The Fosters has been added to the cast list.

Amber Rose, who was potentially discovered by Kanye West after appearing in Ludacris’ 2008 video “What Them Girls Like” is also on the cast list. It will be interesting, for sure, to see her on the other side of the judging table, no?

The last name we have heard to be joining the Dancing with the Stars’ cast is R&B singer, songwriter, and music producer Kenneth “Babyface” Edmonds. He has written and produced over 26 Number 1 hits and won 11 Grammy Awards.