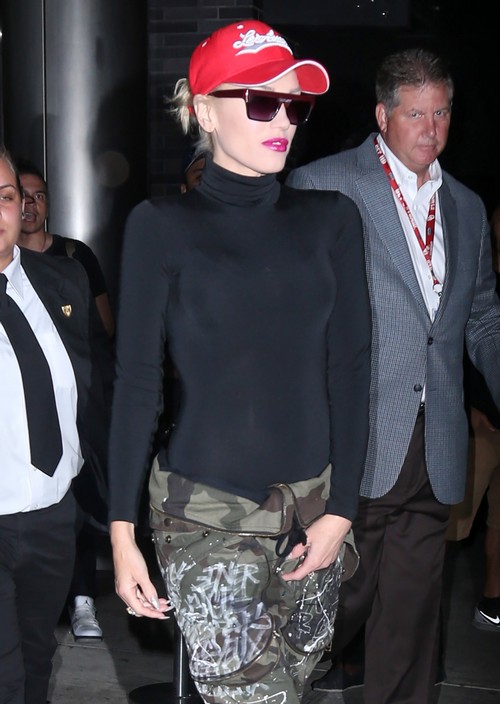 Gwen Stefani and Blake Shelton have been rushing in to their relationship head first, but suddenly a marriage proposal put the brakes on everything. Gwen and Blake have been the picture perfect couple since they met on The Voice months ago, why is Stefani suddenly hesitant to take the next step?

Rumor has it that Gwen has some serious prenuptial agreement demands, and it even includes a cheating clause.

According to the June 13 issue of OK! Magazine, don’t expect to hear any wedding bells for Blake and Gwen until after he signs a prenup. An insider dished to the tabloid, “Before Gwen agrees to marry Blake, she’s insisting on a prenup which states that ‘they’ll keep whatever they went into the marriage with, and any projects they do together will be evenly split.”

The source went on to say that Gwen isn’t just trying to protect her bank account, but also her heart. After her devastating split from Gavin Rossdale and his scandalous affair with the nanny, Gwen is demanding that Blake Shelton sign a “cheating clause” too. The insider added, “She also wants a so-called ‘cheating penalty’ — to the tune of $3 million.”

Needless to say, Blake Shelton was a bit offended by Gwen Stefani’s request. It’s not everyday that your girlfriend basically tells you she thinks you are going to cheat on her down the road, and he has millions of his own – he doesn’t need nor want her’s. It’s safe to assume that Gwen’s prenup demands have put a bit of a damper on their fairytale relationship.

In Gwen’s defense, her wounds from former hubby Gavin Rossdale are still fresh. And, Blake Shelton doesn’t exactly have the greatest track record after his marriage and divorce from Miranda Lambert.
What do you guys think? Will Blake and Gwen get married? Do you believe that Gwen is refusing to make wedding plans until Shelton signs a prenup? Share your thoughts in the comments below!

Gwen Stefani spotted leaving a Samsung event in New York City, New York on June 2, 2016. She is headed to the airport to catch a private jet out of NYC by FameFlynet