Gwen Stefani And Blake Shelton To Announce Engagement And Marriage Plans On The Voice: Gwen Spotted With New Diamond Ring 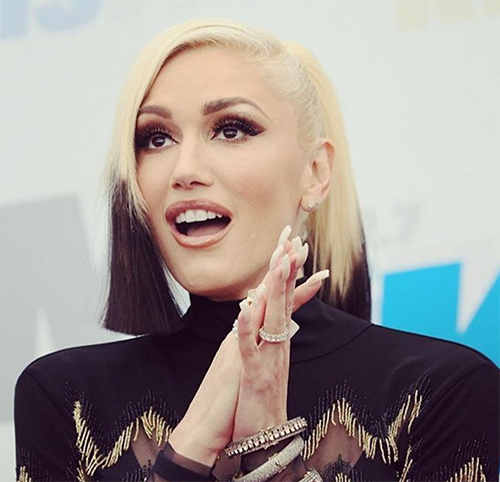 Are Blake Shelton and Gwen Stefani going to announce they are engaged on The Voice? Tabloids have reported that Blake and Gwen are getting married for months now – they were even teasing a secret wedding between The Voice stars before they even confirmed that they were dating. But, over the weekend, Gwen Stefani was spotted rocking a ginormous diamond ring on her wedding finger – and it looks like all those rumors might finally be coming true.

On Saturday, May 14, Gwen Stefani attended the Wango Tango Music Festival in Los Angeles, California. She set social media ablaze when attendees at the event reported that the singer was wearing what appeared to be an engagement ring, a pretty big one at that. The Voice fans were certain that Blake Shelton had popped the question, and the “No Doubt” singer had said “yes.”

If Gwen Stefani and Blake Shelton are engaged and planning a wedding, neither of them have confirmed the news though or even addressed the chatter. But, that might be because they are saving the big announcement for a live episode of The Voice on NBC.

Rumor has it that part of the reason Christina Aguilera has had such an issue with Gwen and Blake on The Voice is because she thought that it was unfair that the couple was getting hefty bonus checks every time they cranked up the PDA on the primetime singing competition. If they were getting rewarded for kissing and singing together, we can only imagine how the network would compensate them for announcing an engagement and wedding!

Interestingly enough, Gwen Stefani and Gavin Rossdale just finalized their divorce less than a month ago – so the timing for Blake Shelton popping the question seems right. Obviously, he couldn’t ask Gwen to marry him when she was still married to Gavin Rossdale.

What do you guys think, will Gwen and Blake announce their engagement on The Voice this week? Share your thoughts in the comments below!