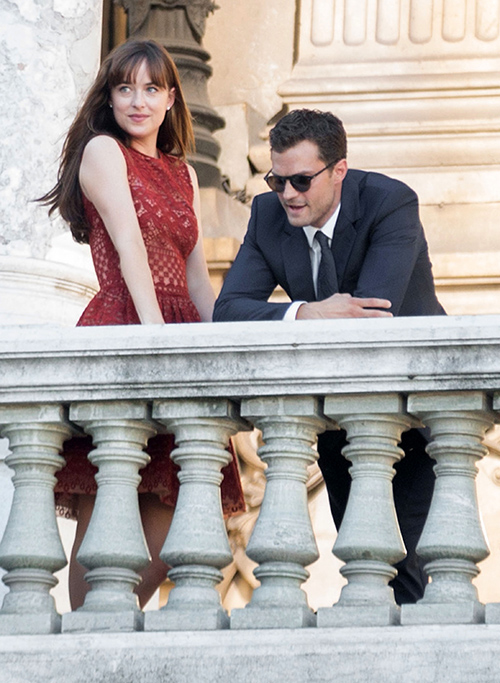 Jamie Dornan’s quest for Hollywood recognition has been marred once again. The ’Fifty Shades Darker’ hunk is desperately trying to be seen as a serious and well-respected actor in Hollywood, yet it’s simply not working out for him at all. In fact, Jamie Dornan has once again been forced to serve as second fiddle in another Hollywood competition he lost to fellow A-list actor Tom Hiddleston.

According to reports, even though Jamie Dornan is considered to be one of the sexiest men in the celebrity world right now, he lost his chance at winning the male ‘Rear of the Year’ award in a new British survey. Taylor Swift’s boyfriend, Tom Hiddleston, won the coveted title, with Jamie Dornan winning second place.

British actress Jennifer Metcalfe of ‘Hollyoaks’ fame was named the female winner of the contest. Hiddleston won the honor thanks to his steamy scene in the “Night Manager,’ in which he not only shows off his acting chops, but his bare backside as well.

Surely, this has to be yet another blow for Jamie Dornan’s ego, as so far he can’t shake off his reputation as a second tier actor whose only claim to fame is being on-screen sex addict Christian Grey. The Irish-born actor has been working hard to shake off his ’Fifty Shades’ reputation with very little luck. Even though he’s taken on more challenging roles in upcoming films such as ‘Jadotville’ and ‘Anthropoid,’ his dreams of one day being recognized by mainstream Hollywood will never happen.

If he can’t even win a competition like ‘Rear of The Year’ – which many people think should have been a shoo-in for him – how will he ever be recognized for his other efforts in the entertainment world? Many critics believe that Jamie Dornan’s Fifty Shades involvement is an unfortunate stigma he will most likely carry on for the rest of his career.

With that being said, it should come as no surprise that Tom Hiddleston’s backside has won him the Rear of the Year award. After all, thanks to all of the Taylor Swift and Tom Hiddleston romance making headlines, the British actor has never been so popular in the media. Has she been helping him stay there? Do you think Taylor Swift, with her extensive powers of influence, is making sure that Tom gets to and remains #1?

And while being named ‘Rear Of The Year’ can be both a blessing and a curse for Tom Hiddleston, it’s a title that Jamie Dornan would definitely like to see for himself one day. After all, there’s nothing worse than always being runner up to another silly survey in the celebrity world, right?