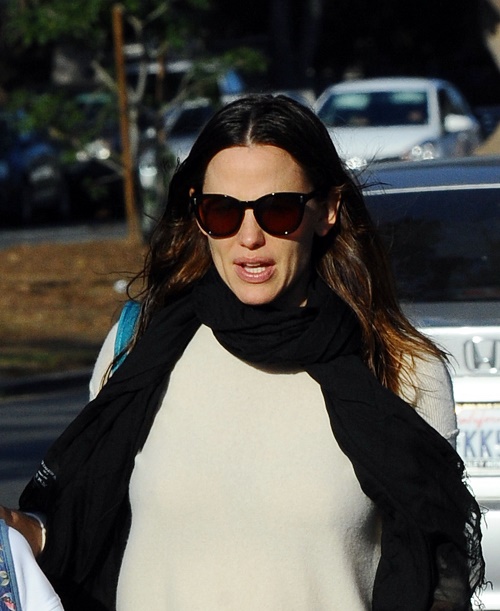 Jennifer Garner’s frozen face has her friends and family worried that she might be going too far with her latest plastic surgery obsession. The mother-of-three, who is yet to file divorce from Ben Affleck, is allegedly so desperate to stay young that she’s apparently ruining her facial features in the process.

Some are concerned that Jennifer might also destroy her career as she can no longer be as expressive in front of the cameras as she used to be.

According to Star Magazine, Jennifer’s botox obsession has gotten so bad that she can no longer raise her eyebrows and makes minimal facial expressions, despite feeling sad, angry or happy. If that weren’t enough, Jennifer Garner’s self-esteem took a huge blow after it was alleged that Ben Affleck was cheating on her with the family’s nanny.

That’s why she’s been feeling so insecure about her looks that she’s resulted in taking the same route every other actress her age has taken in Hollywood, and that’s straight to her plastic surgeon’s office.

Jennifer Garner has always been considered one of the most fresh-faced, youthful looking actresses in the entertainment industry and now with all the work of trying to keep up with her motherhood duties and dealing with her disastrous separation with Ben Affleck, she can no longer hide the stress on her face.

Both critics and fans agree that at 44, Jennifer Garner realizes that she doesn’t look the same way she did a decade ago and that’s why she’s willing to do whatever it takes to hold on to her looks, no matter how many botox sessions and additional treatments she has to go through.

In fact, fans say it wouldn’t be surprising if Ben Affleck expressed his concern over Jennifer Garner’s plastic surgery obsession. While it’s no doubt that they have had their ups and downs in their marriage, Jennifer is still one of the sexiest stars in Hollywood and Ben has never lost his attraction for her.

Sure, sources have long said they most likely can’t stand living with one another, but Jennifer is still the mother of Ben’s three children and he doesn’t want to see her walking the red carpet with a frozen face, just like plenty of other celebrities he knows.

Tell us CDL readers, do you think Jennifer Garner is so worried about aging that she is obsessed with botox? Does she indeed have a frozen face? Let us know your thoughts in our comments section below. Also, check back with CDL for all the latest news on Jennifer Garner.