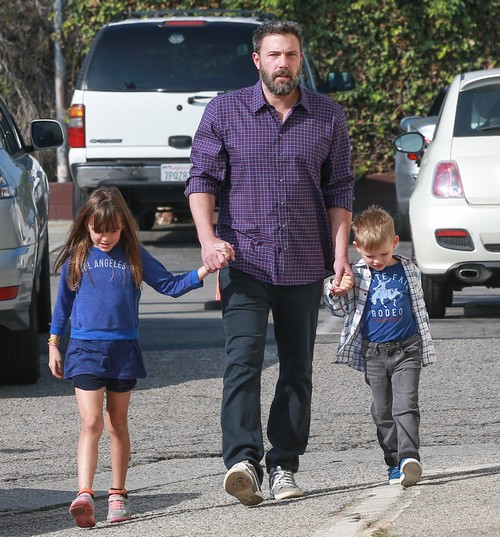 Ben Affleck and Jennifer Garner are apparently reconciling. There’s new speculation that the couple’s divorce has been canceled, simply because Ben himself has realized that he couldn’t manage taking care of his three children in a ‘good dad’ role without Jennifer by his side.

The couple – who announced their separation back in June 2015 – were spotted going to Sunday mass with his two children Seraphina and Samuel near their home in Los Angeles, Calif. over the weekend. Jennifer along with the couple’s eldest daughter, Violet, were both missing.

Of course, it’s more than evident that Ben Affleck – who has openly admitted numerous times that he despises the paparazzi – knows the photographers are there to catch him acting like the good, responsible and caring father he wants the public to believe he is. 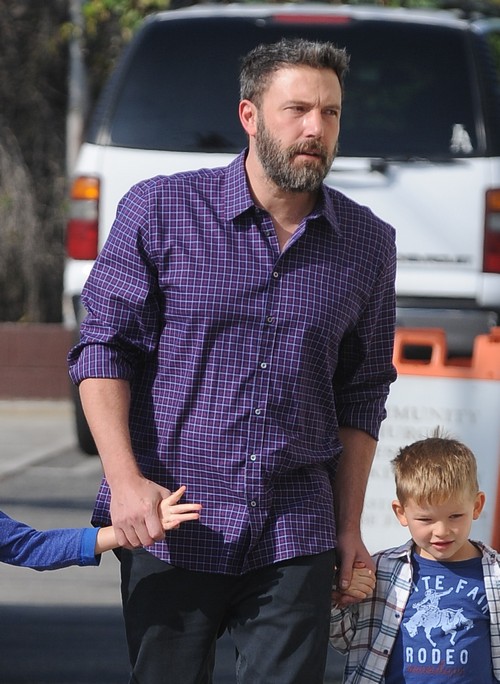 Yet, behind closed doors Ben Affleck knows that he’s struggling to play the role he was born to play, and that’s as a family man and father. Without his wife Jennifer Garner’s guidance and direction, Ben knows he would be completely lost with his three children on his own and that’s why he knows he can’t divorce her, even though their marriage is completely dead.

The public would simply never forgive Ben Affleck if he reverted back to his old, bad boy and bachelor ways that included plenty of Las Vegas nights of hard partying and a bevy of women by his side. As unnatural as it is for him, Ben has to control and distance himself from all of Hollywood’s vices, no matter how difficult it may be for him.

It’s without a doubt that Jennifer Garner and Ben Affleck were never going to file their divorce papers. Jennifer has been secretly hoping this entire time that the couple’s ‘separation period’ would convince Ben that he does in fact need her and their family for the sake of both his career and personal life. And it looks like it’s worked.

Sure, they might feel like they are living in a loveless marriage, but they know their images and futures in Hollywood depend on it and that’s why they continue to play the ‘happy family’ card in front of the paparazzi, regardless of how awkward, stiff and distant they might sometimes look together.

Take a look at our photo gallery below and tell us, do you think Ben Affleck and Jennifer Garner have reconciled? Does Ben know that his career is dependent on his public persona has a family man and that’s why he has no choice but to stay married to Jennifer? Let us know by dropping us a line in our comments section and check back with CDL for all the latest news on Ben Affleck and Jennifer Garner.

Ben Affleck was spotted going to church with his son and daughter in Los Angeles, California on November 6, 2016. He held both Seraphina and Samuel’s hands while they walked into the building together. FameFlynet

This is officially your last chance to enter! Don’t miss out on pizza, drinks and football with me and the greatest QB ever, Tom Brady. We’ll bring Matt Damon, too. Click the link in my bio to support 3 great causes.