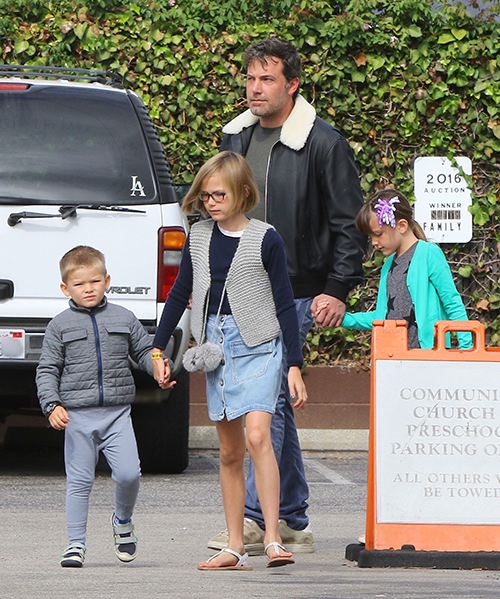 Jennifer Garner and Ben Affleck are putting on a united front for the first time in over a year, despite their marital woes. In fact, there’s a new report that says Jennifer and Ben are channeling more effort into fixing their marriage after witnessing Brad Pitt and Angelina Jolie’s very messy and nasty divorce.

Of course, after witnessing all the mud-slinging between Brad and Angelina in the media, Ben and Jennifer have realized that they don’t want to stoop so low that they would end up destroying not only each other’s Hollywood careers, but their family and children’s lives as well. While there’s no doubt that Jennifer Garner and Ben Affleck’s public outings have been very well orchestrated as they continue to portray the ‘together but separate’ image for the media, they know it’s time to make a solid decision about what to do next.

Sure, the couple realizes that their situation might not be perfect, but both Ben and Jennifer are yet to file their divorce papers in court and make their split official. Something is definitely holding them together and it’s more than just their three kids.

Plus, seeing how Brad Pitt and Angelina Jolie’s divorce drama is being played out by the media, Ben Affleck and Jennifer Garner don’t want to find themselves in a similar situation. The uglier things get between Brad and Angelina, the harder it will be to repair their Hollywood reputations. Jennifer and Ben’s movie careers rely on their happy family images because surely they know that their fans are more invested in their personal careers than their on-screen work.

Seeing how so many Hollywood marriages have fallen apart this year, including Brangelina and Johnny Depp and Amber Heard, Ben and Jennifer have realized that they don’t want to be part of that narrative. In fact, they are even willing to put in the effort to work with one another and communicate better as both husband and wife and co-parents.

The last thing that image-conscious Jennifer Garner wants is to see all of her dirty laundry aired in public. And knowing what kind of past her husband has, Jennifer also wants to protect her children from any unwarranted media gossip about their father, too.

No one wants to see a family torn apart, and that’s why Ben and Jennifer are doing whatever it takes to avoid being the next Brad Pitt and Angelina Jolie, even if that means faking their happiness. Do you agree, CDL readers?